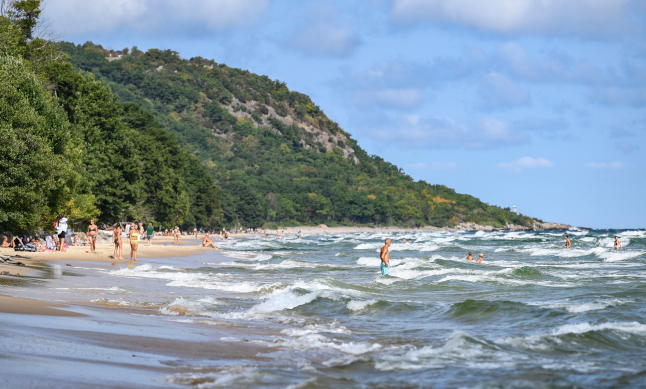 “We have a very warm weekend ahead, especially in the southern parts of the country where there's a summer heatwave in many areas. There is a lot of sun forecast, especially in Götaland and Svealand (southern and central Sweden),” Alexandra Ohlsson, meteorologist at national weather forecaster SMHI, told the TT newswire.

Sunny weather is also forecast for the northern coastal areas, and some parts of southern Norrland.

There are a few concerns.

One of those is that the summer weather causes people to flock to beaches in large groups – although outdoor locations such as beaches are not believed to be among the most high-risk in terms of spreading the coronavirus, people are still urged to keep their distance to others and avoid socialising with people outside their closest circle.

There are also several warnings in place for the risk of wildfires and high temperatures, especially in southern and central Sweden. And many local authorities have introduced hosepipe bans and barbecue bans.

As it happens, autumn has already arrived in Sweden, at least according to the country's meteorological definition which states that autumn is here when daily average temperatures stay below 10C for five consecutive days.

Tarfala in the far north of Sweden in fact saw the arrival of autumn on August 2nd, which is not unusual. But in most of Sweden, summer is set to stick around a while longer despite the cooler weather expected next week.