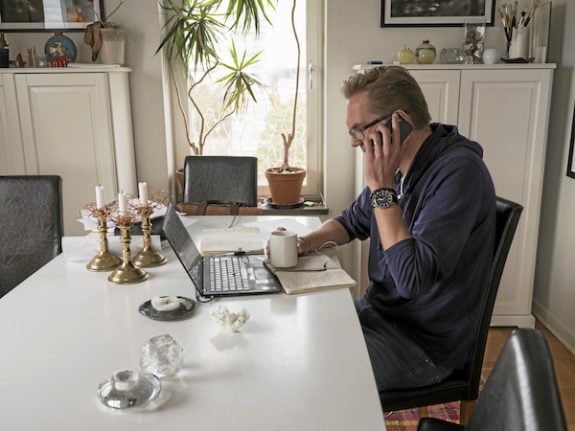 Many people who lose their jobs in Sweden are entitled to compensation. File photo: Martina Holmberg/TT

Sweden has unemployment funds called 'arbetslöshetskassa' or 'a-kassa', and millions of workers pay into these funds which offer income-based unemployment insurance if you lose your job.

As part of its measures to support those affected by the virus and its economic effects, Sweden relaxed the rules around who is eligible for money from the funds. This meant that workers became entitled to the compensation after only three months as a member, and only needed to have worked a minimum of 60 hours per month.

But the increased unemployment has put pressure on these funds, with processing times as high as several months for some.

At the moment, waiting times can vary between a few weeks to several months, with funds targeted at the industries which have been worst affected by the pandemic typically taking longer.

“It is connected with how unemployment develops, but we can see a number of funds that currently have very long processing times. For those funds, there is probably a significant risk that the times will get longer before there's a turnaround,” Catarina Eklundh Ahlgren, general counsel at the Inspectorate for Unemployment Insurance Funds (IAF), told Sveriges Radio.

IAF said in a statement that it was “aware that some unemployment funds have long processing times” at the moment, but said that there is no formal limit on how long the processing times can be.

This means that although the inspectorate can push for quicker decisions and payouts — and has criticised one fund, Alfakassan, in particular — it cannot demand that funds adhere to a specific deadline.

Have you been affected by the longer waiting times? Get in touch with The Local's editorial team if you would like to share your story.