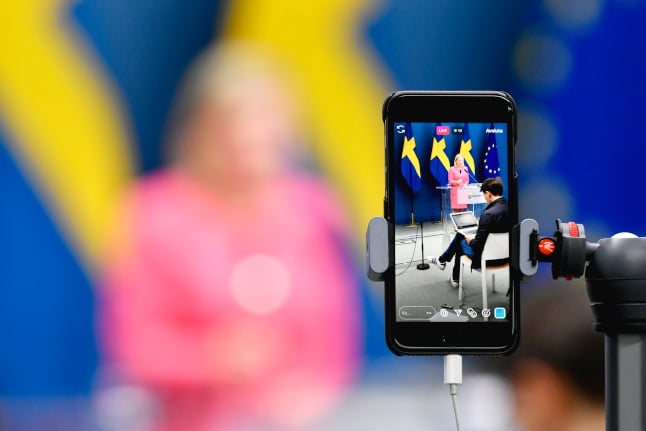 Sweden's Finance Minister Magdalena Andersson is expected to present the government's latest assessment of the country's economic outlook and outline the general framework of the 2021 budget next week.

But we already know that one of the main purposes of the budget will be to kick-start Sweden's economy in the wake of the coronavirus crisis, by hopefully creating new jobs and fighting rising unemployment.

“There will be a clear job focus in autumn,” Andersson told the TT news agency this week, talking about the ongoing budget negotiations. “It is obviously going to be more extensive than a normal budget.”

Sweden's national economic forecaster, the National Institute of Economic Research which has said it expects the economy to recover quite a significant chunk of lost ground in the second half of 2020, predicts that the budget will include new measures worth 80 billion kronor ($9.1 billion) in 2021.

But Andersson would not be drawn on that.

“We will look at the latest prognoses and assess how large the budget should be,” she told TT.

The percentage of people registered as unemployed with Sweden's national employment agency stood at 9.2 percent in July, compared to 6.9 percent in July last year, and Andersson warned that the Swedish job market may not have hit rock bottom yet. She said that a high employment rate was crucial to ensure Sweden can afford high-quality welfare, and pledged more investment in the public sector.

Anerssson was asked by TT if the budget would include more staff in elderly care, a sector that was hit hard by the coronavirus pandemic in Sweden, with the outbreak laying bare serious flaws in many Swedish elderly care homes.

“We are not yet at the stage where I can offer that kind of answer. That said, in a situation where tax revenues are falling in municipalities and regions because of the economic crisis, we do not want a situation where there are mass layoffs in schools, healthcare and elderly care,” she said. Swedish healthcare is run by the country's 21 regional administrations, and schools and elderly care by its 290 municipalities. These local authorities have so far this year been allocated an extra boost of 20 billion kronor in state support due to the coronavirus crisis, of which 12.5 billion is permanent and will continue into next year.

It is not yet clear whether additional cash funding will be allocated to local authorities.

The budget is also likely to include investments in for example green technology and railways – projects that Sweden is already working on but that could potentially be sped up to create new jobs faster.

“We want to transform Sweden into a climate-smart society, so if it is possible to bring such investments forward in an economic crisis it would obviously create jobs here and now,” said Andersson.

There are four parties involved in working out the budget proposal: the ruling centre-left Social Democrat-Green coalition and the centre-right Liberal and Centre parties.

These parties have already agreed on a series of future measures set out in the so-called January Agreement in 2019, which enabled the Social Democrats and Greens to take office with the support of the latter two.

That means the 2021 budget will also include a number of tax cuts. That includes expanding a tax deduction scheme on household cleaning services (RUT), compensating households for higher environmental taxes and cutting income taxes – but the exact tax cuts are yet to be decided.

The government will put forward the final budget proposal to parliament on September 2020.