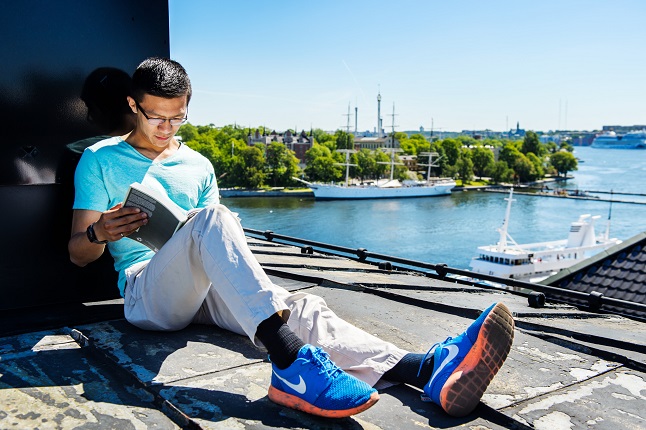 At many Swedish universities, logistical challenges of travelling during the pandemic mean it's still unclear how many students will arrive this autumn. File photo: Simon Paulin/imagebank.sweden.se

A survey carried out by the TT newswire showed that at least 2,800 fewer foreign exchange students were set to arrive in the country than did last year, based on answers from 17 universities.

But universities which spoke to The Local said that despite a sharp drop in exchange students, the number of degree students was roughly the same as averages over recent years. This category includes students relocating to Sweden for an entire degree, rather than for a single term or year as part of an exchange programme like Erasmus.

One reason for the stable number of international degree students is that, unlike exchange students who can simply continue their studies at their home universities, the people in this category may not have a straightforward back-up option.

Many of them will still face logistical challenges getting to Sweden.

People with a student permit are exempt from the entry ban to Sweden which currently applies to many non-EU countries, but the pandemic has made the physical journey more complex for many students, with far fewer flights than normal. Others have faced delays in getting their permits processed, including around 70 Iranian students who have been affected by the Swedish embassy in Iran's cancellation of all permit interviews. At Lund University, only around a third of the usual number of exchange students (around 300) have arrived to begin the autumn term, due to many universities cancelling exchange programmes.

The university was set to receive a further 732 fee-paying students – that's students from outside the EU/EEA who are coming to Sweden on a student permit. This number is up from 612 last year, but around 80 have already cancelled their studies and asked for a refund of fees, bringing the number down to about 650.

Of those, only 350 had arrived when The Local spoke to Richard Steleno, head of the international office, on Friday afternoon.

“As far as we know, we have 300 students who are still trying to make it here or who will arrive later in term. The main problem is flights, which are extremely hard to find. I talked to a Nigerian student who arrived a couple of days ago and had to take five different flights to get here. Others have taken overnight buses, travelling for 12 hours or more to reach airports in other countries where they can travel to Sweden,” Steleno said.

“Our students are amazing, they are doing everything they can to find solutions.”

The university has prioritised programmes with international students when deciding where to offer online learning, but these courses were in “hybrid mode” meaning students were required to be on campus for parts of the course. The reason for this is that student residence permits are not valid for study programmes conducted entirely online.

In Gothenburg, Chalmers was expecting around 700 international Masters students, including 350 fee-paying students. This is around the same number as last year, but as of Friday, 14 students had requested a refund of their fees. Chalmers was one of several universities offering the possibility to start studying online if travel restrictions made it difficult or impossible to get to Gothenburg.

“That possibility also applies to the parts of the education that is campus-based for the rest of our students. But we encourage all our international students to come to Chalmers at their earliest convenience and study on site. We are working closely with our contracted housing companies to make sure that housing is available for fee-paying students regardless of when they arrive during the semester,” Mattias Bingerud, senior advisor to the vice-president, said.

“Online students of course have the same access to study planning and guidance counselling as campus students.”

Umeå University is expecting 330 exchange students, down from 500-600 in a normal year, but was also expecting a similar number of international degree students (around 200), though the situation was changing day by day.

“Every year, not only this year, there are students who do not manage to get a residence permit on time before the autumn term starts,” Helena Gradin, deputy director of the university's international office, told The Local.

“Any hindrance caused by the Covid-19 pandemic itself, such as not being able to pay the tuition fee or not being able to travel to Umeå, is not accepted reasons to defer the start of the studies for a later term. Students would then have to apply again next year.”

Are you an international student who is either already in Sweden, on the way here, or has been forced to cancel the move? We want to hear from you. Please fill out the questionnaire below; we'll feature some of your responses in an upcoming article. 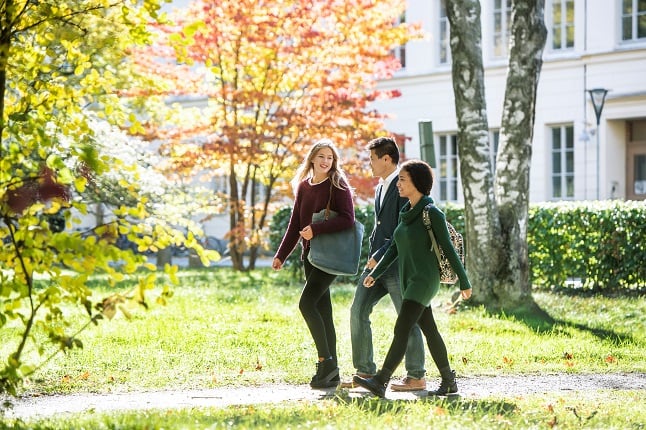