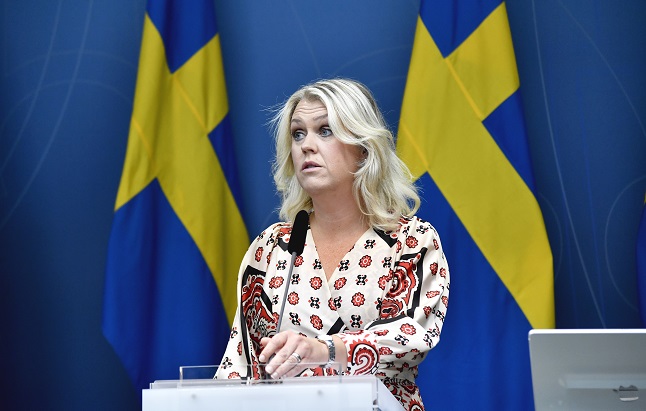 One big change that is being considered is the possible introduction of new guidelines for people who live with someone with confirmed coronavirus.

The report stated that under current guidelines, people who lived with a confirmed Covid-19 patient should “avoid having close contact with other people during the whole incubation period, 14 days”.

This is set out in the agency's guidance for contact tracing, which states that when someone tests positive for Covid-19 they must inform their close contacts, especially people in their household or within a healthcare facility, and those people should avoid close contact for 14 days.

However, that is inconsistent with the advice available to the general public on the Public Health Agency's website as of Tuesday afternoon.

This stated that cohabiting family members of people who are ill with confirmed or suspected coronavirus do not need to follow any special measures, as long as they are free of symptoms. While the whole population is advised to limit social contacts and work from home if possible, the advice stated: “So long as siblings and other family members don't have symptoms they can act as normal and go to school, preschool or work. In families or households where someone is sick it is important to pay attention to symptoms.” The same advice is published on healthcare service 1177's website.

That's not what their own Q&A said – screengrab from earlier this afternoon) says be extra attentive to symptoms and try to distance from the Covid-19 patient, but otherwise “do as normal and go to preschool, school or work” if you're symptom-free pic.twitter.com/sMlxirmI3Z

The Local asked the agency for clarification of the current guidelines. Although we had not received a response at the time of publication, the agency updated its website later on Tuesday afternoon, removing the section relating to family members.

At a press conference explaining plans for dealing with future outbreaks on Tuesday morning, The Public Health Agency's general director Johan Carlson said the agency may review the guidelines, so that for example adults should be required to work from home if someone they live with has a confirmed case of the coronavirus.

The report notes that under Sweden's law on communicable diseases, it would be possible to impose a quarantine on these people, meaning they would be legally required to stay at home, a step above the current recommendation. This could be an important distinction, since anyone who is unable to work due to this kind of quarantine is entitled to compensation from the Social Insurance Agency, which doesn't currently apply to symptom-free family members of confirmed Covid-19 patients. Do you have the sniffles? Stay at home. Photo: Isabell Höjman/TT

Regions will be given powers to introduce local measures.

This could include additional limits on public gatherings or stronger recommendations to work from home or avoid public transport, or specific advice for over-70s and others belonging to risk groups.

Stricter advice for relatives of confirmed Covid-19 patients could also be introduced at a regional level, Carlson said.

He also said it was important to communicate clearly about any regional changes, saying “it should be clear for everyone in Sweden which regional recommendations apply”.

“We are working on a special reporting system to be able to see more quickly where the infection is spreading,” Carlson said.

This means that regional data will be collected and reported on a national level more efficiently.

Existing tools will also be developed to identify new outbreaks at an early stage. One example cited in the report was the 1177 healthcare helpline, where a rise in calls relating to certain symptoms could be used as an early sign of regions experiencing an outbreak.

“The most important efforts to reduce the spread of infection of Covid-19 are contact tracing together with comprehensive testing,” the report stated.

Sweden currently has a relatively low testing rate per capita compared to its Nordic neighbours, and contact tracing has been handled at a regional level, with some placing part of the responsibility for tracing on infected individuals.

The report did not identify new measures for contact tracing, other than potential stricter restrictions for people sharing a household with confirmed Covid-19 cases. Testing is handled at a regional level. Photo: Fredrik Sandberg/TT

Sweden is currently one of few countries not to recommend the use of face masks.

But the Public Health Agency has previously said that such a recommendation may yet be introduced in certain situations, something Carlson reiterated on Tuesday.

He said that masks would “possibly be relevant at the regional level”, as an additional measure to deal with local outbreaks.

Carlson also stressed that in situations where crowding occurs, the first priority should be to reduce the crowding rather than to introduce measures such as face masks.

The agency's report states that face masks could be a potential measure to enable lifting certain recommendations for risk groups, “to decrease their isolation”. People aged over 70 or with certain underlying conditions are currently advised to avoid social contact as much as possible.

“In some situations, such as a visit to a hairdresser, the activity itself means that close contact cannot be avoided. In these cases face masks used by [the hairdresser] could decrease the risk of pre- and asymptomatic transmission,” adds the report.

At the bi-weekly press briefing, state epidemiologist Anders Tegnell said that face masks would primarily have a “signalling value”.

And what about the other restrictions?

Sweden's strategy has focused on voluntary measures rather than lockdowns or legislation, with three key pillars: urging the public to stay at home when showing any symptoms, encouraging frequent and thorough hand-washing, and asking people to keep a distance from others.

In order to achieve social distancing, the agency has recommended working from home if possible, limiting social contacts, and avoiding public transport where possible.

These will remain in place throughout autumnn.

“We know there is a very strong desire to get some kind of end date, but we can't give that today. The focus is on strengthening society's ability to keep pushing down the rate of infection,” she said.

What are authorities preparing for?

These plans are based on the three possible scenarios for the development of the pandemic which the Public Health Agency earlier presented.

Carlson noted that many countries in Europe are currently seeing a resurgence of cases, and that the spread is often uneven from a national perspective, with local or regional clusters.

The Public Health Agency assesses the risk of a broad, even spread of the disease as low, but warns of a high risk of local outbreaks.

Carlson said: “This is a virus which is characterised by cluster spread and super-spreaders.”