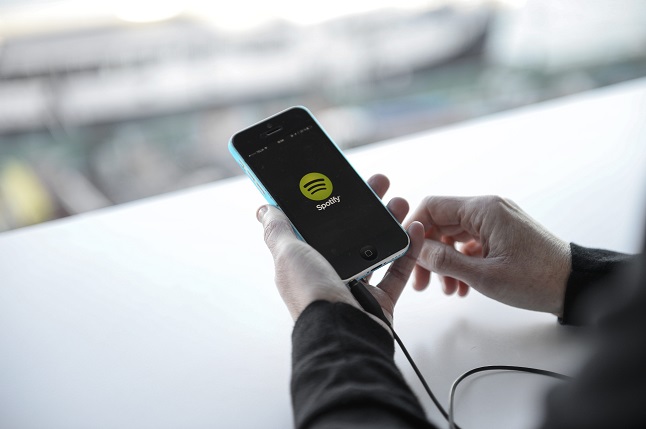 “Once again, Apple is using its dominant position and unfair practices to disadvantage competitors and deprive consumers by favouring its own services,” said Spotify in a statement.

“We call on competition authorities to act urgently to restrict Apple's anti-competitive behavior, which if left unchecked, will cause irreparable harm to the developer community and threaten our collective freedoms to listen, learn, create, and connect,” the firm added in a Tuesday statement.

Spotify has already been involved in two other competition face-offs with Apple surrounding the latter's Apple Store and Apple Pay.

The Swedish company says that a low-priced bundle including music streaming from Apple Music, a key rival, skews the market.

Spotify is by a distance the global leader in music streaming, with 299 million users according to latest data from June — including 138 million subscription holders — and sales of 1.89 billion euros ($2.2 billion).

The Swedish firm, founded in 2006, is a rare European leader in a tech field, having been able to go toe to toe with US giants such as Apple Music and Amazon Music, both of whom have less than half as many subscribers.

Quoted on the New York Stock Exchange since 2018, Spotify enjoys a current valuation of some $44 billion. Yet it has been losing money after making substantial investments in new markets while developing services notably for podcasts.

Apple is already involved in a legal wrangle with US video game and software developer Epic Games, which is trying to convince a California court to reinstate its Fortnite game on the Apple App Store pending legal proceedings.

Epic's gambit comes amid a battle over whether Apple's tight control over the App Store, and its 30 percent cut of revenue, is monopolistic.

Apple pulled Fortnite from its online mobile apps marketplace on August 13th after Epic released an update that dodges revenue sharing with the iPhone maker.

Although Spotify applauded Epic's decision, last month a US court rejected Epic's bid to have Fortnite reinstated on the App Store, saying its eviction by Apple was a “self-inflicted wound.”