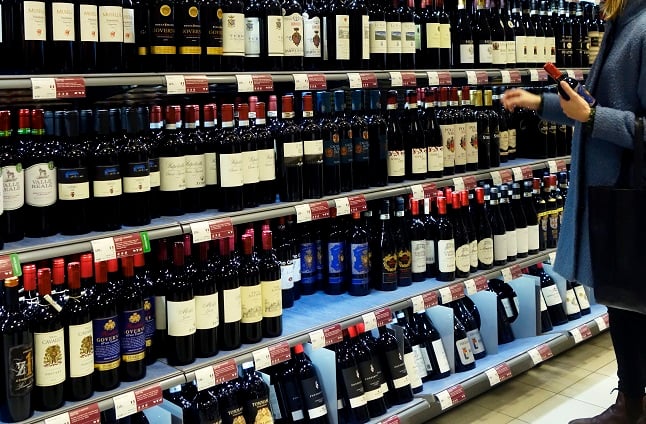 The sale and tax of alcohol is strictly regulated in Sweden, with beverages over an alcohol content of 3.5 percent only available to buy from state-owned monopoly Systembolaget.

Taxes already account for the majority of the retail price, with alcohol tax making up around 32 percent of the final sale, along with VAT at around 20 percent, according to Systembolaget.

The increased taxes, according to the Finance Minister, will help fund increased defence spending.

“You can feel that you are doing a good deed if you have a Friday beer,” Finance Minister Magdalena Andersson told the Expressen newspaper.

But why specifically raise taxes on acohol?

Speaking to the TT newswire, Andersson explained: “The alcohol tax isn't indexed at all, so if you don't raise it, the tax is eroded and, after all, we don't have lower ambitions for public health.”

The changed prices will come into effect from January 1st, 2023, five years after the alcohol tax was last raised.

What we don't know yet is exactly how much more alcohol will cost, but it is estimated that a bottle of wine will increase in price by around a krona ($0.11), spirits will cost several kronor more, and beer 25 öre more. Over the course of 2023, the increase is expected to provide around 0.55 billion kronor in total.

Together with increased tax on cigarettes, snus and nicotine products, the aim is to provide a fifth of the total five million kronor for defence.