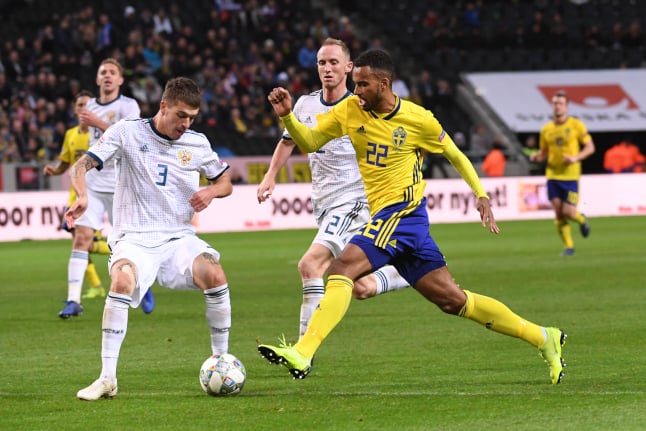 The Swedish Football Association said that next month's match between Sweden and Russia had been moved to Moscow.

To mitigate the spread of Covid-19, Sweden has put a temporary entry ban in place for travellers coming from outside the European Union or EEA nations, a rule which applies to Russia.

“Unfortunately we're forced to travel for the match against Russia because we still don't have a response from the government, even though we sent a written request August 27th,” Swedish FA secretary-general Håkan Sjöstrand said in a statement.

“I don't understand why there can't be an exception for the entry of elite footballers, as is the case in other occupations,” he lamented, highlighting the “strict international protocols” which lead to “a much lower risk of contamination” than other authorised professions.

Russia's football federation confirmed in a brief statement the match would be held in Moscow on October 8th at a venue yet to be decided.

Sweden has had the entry ban in place since mid-March, in line with the EU's coronavirus recommendations, but has updated it several times. It is currently in place until October 31st, but could be extended or scrapped early.

Some countries and categories of travellers are exempt from the ban. Click here to read more.