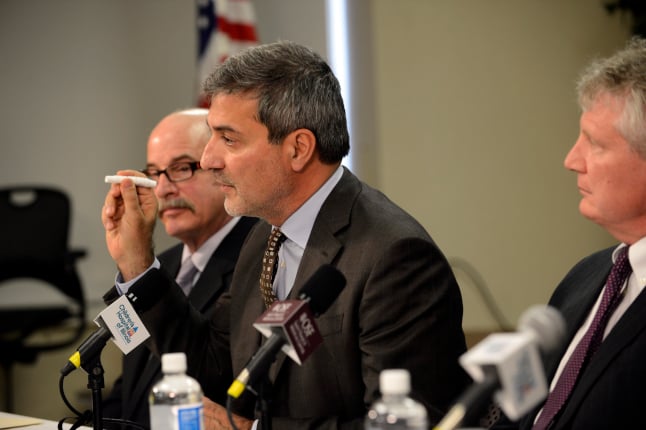 Paolo Macchiarini, pictured here at a conference in the US in 2013, denies the allegations. Photo: AP Photo/Journal Star/David Zalaznik

Macchiarini, who was a guest researcher at Stockholm's Karolinska Institute medical university, has previously been found guilty of research misconduct in a massive scandal that engulfed the institute, home to the Nobel Assembly that awards the Nobel Medicine Prize.

He was formally fired from the institute in 2016.

Macchiarini carried out three surgeries at Karolinska University Hospital – where he also worked as a surgeon – in 2011 and 2012, using an artificial windpipe made of plastic and coating it with the patient's own stem cells.

Together with his colleagues, he performed a total of eight such transplants between 2011 and 2014, the five others taking place in Russia. Seven of the patients died.

Swedish prosecutors examined only the surgeries performed in Sweden.

“The operations, which have caused the three injured parties serious physical injuries and great suffering, have been carried out with absolutely no legal basis,” director of public prosecution Mikael Björk said in a statement, adding that the suspect denied the allegations.

A criminal investigation was closed in 2017 but reopened in 2018, after which additional evidence was gathered and interviews were held with parties in Sweden, Belgium, the UK, the US and Spain, the Swedish Prosecution Authority said.

“It has become clear to me that the operations were carried out in conflict with science and proven experience,” Björk said.

The procedure was originally hailed as a breakthrough in regenerative medicine.

But allegations soon emerged that the risky procedure had been carried out on at least one individual who had not, at the time, been critically ill.

In 2013, the Karolinska hospital suspended all transplants and refused to extend Macchiarini's contract as a surgeon.

A year later, several surgeons at the hospital filed a complaint alleging that Macchiarini had downplayed the risks of the procedure.

An external review in 2015 found Macchiarini guilty of research misconduct, but despite sacking him the Karolinska Institute repeatedly defended him until 2018, when it found him and several other researchers guilty.

The university's principal stepped down over the scandal, as well as a number of other people.