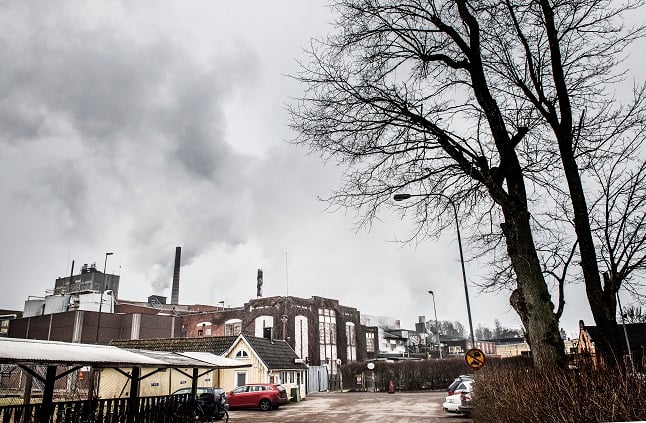 Pictured is Lessebo, the municipality which had the most new cases per capita in the most recent week with data available. Photo: Tomas Oneborg / SvD / TT

The map below shows which regions reported the most new confirmed cases per capita during the week ending September 27th (week 39), the most recent for which there is regional data available from the Public Health Agency.

The three so-called 'big city regions' of Stockholm, Västra Götaland and Skåne recorded the most new cases, with 923, 493 and 262 respectively.

But big differences in population sizes mean that the infection rate did not necesarily rise most in those regions. The number of new cases per 100,000 residents was 39 in Stockholm, 29 in Västra Götaland and 19 in Skåne.

There are also regional differences in how testing is offered, which may make direct comparisons between regions more difficult.

In the map below, you can see how the data looks from a municipal level, which suggests that the rises in cases are due to focused cluster outbreaks rather than an even spread across the country or even specific regions.

The ten municipalities with the highest number of new cases per capita were: Lessebo, Köping, Vindeln, Mora, Jokkmokk, Ljungby, Markaryd, Vaxholm and Strömstad. A total of 15 of the 290 municipalities have recorded fewer than 15 cases in total since the start of the outbreak.

The municipal data is based on where patients were registered as resident, while the regional data includes all tests taken per region, including of people who were visiting or not yet registered in Sweden's population register. This means there are some discrepancies between the two maps, including in Gotland, which is both a region and a municipality.