The announcement comes a day after Milan said Ibrahimovic had tested positive a second time for Covid-19, putting in doubt his participation in the Milan derby on October 17.
Ibrahimovic first tested positive on September 24.
The derby remains in doubt with two other Milan players and five from Inter currently in self-quarantine.
In spite of his absence, Milan have made a decent start to the season, having climbed to second in Serie A after winning all three of their games and reaching the group stages of the Europa League.

The statue tumbled to the ground after both feet were sawn off. Photo: Johan Nilsson/TT
At around 1.30am on Sunday morning, the attackers sawed both legs off the statue, after which it fell over, crushing the fence erected to protect it.
They then pulled a black Swedish national football jersey over the statue's head.
On the back of the statue, and on the ground nearby, one of the vandals sprayed the words 'ta bort', meaning 'remove' or 'take away'.
Thomas Söderberg, operations leader on watch for the Malmö Police, told the Aftonbladet newspaper that the damage had been discovered by police about an hour after it happened.
“It was a patrol belonging to Operation Rimfront, and they needed to attend to another matter, so another patrol was sent there,” he said.
The bronze statue, which weighs half a tonne, was unveiled outside Malmö's city stadium in October, with the city's most famous footballing scion flying in to attend.
READ ALSO:
Ibrahimovic was born to a Bosnian muslim father and a Catholic Croat mother in Malmö. He grew up in the troubled district of Rosengård before making his mark as a youth player and achieving stardom with the local Malmö FF team.
He was then signed up by The Netherlands' Ajaz, beginning an international career which saw him play at Juventus, Inter Milan, Barcelona, AC Milan, PSG,  Manchester United and LA Galaxy. He is now back at AC Milan for what is likely to be his swan song.
The statue has been vandalised several times since the footballer announced that he was taking a staking in Hammarby IF, a team based in Sweden's capital Stockholm, which is seen by many Malmö FF fans as its bitterest rival.
Shortly after the announcement in November, a noose was placed around the statue's neck, with the words “Cigani dö” (die gypsy) daubed in paint nearby.
The door of the player's Stockholm house was daubed with the word Judas, a reference to the apostle who betrayed Jesus. In the same attack, a can of surströmming, the notoriously smelly Swedish fermented herring dish, was poured over the doorstep.
In December, the statue's nose was cut off, and the statue itself was splashed with silver paint. 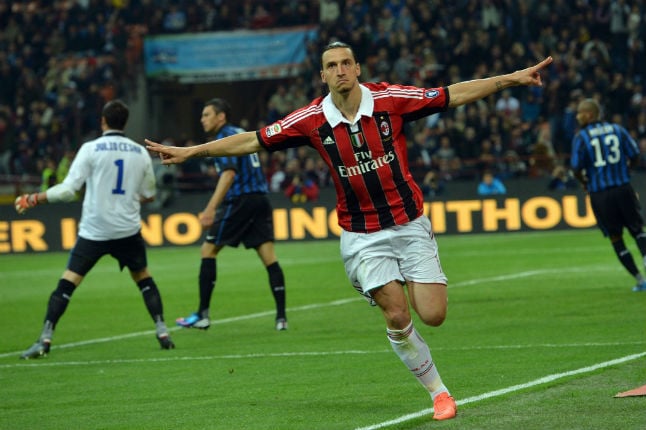