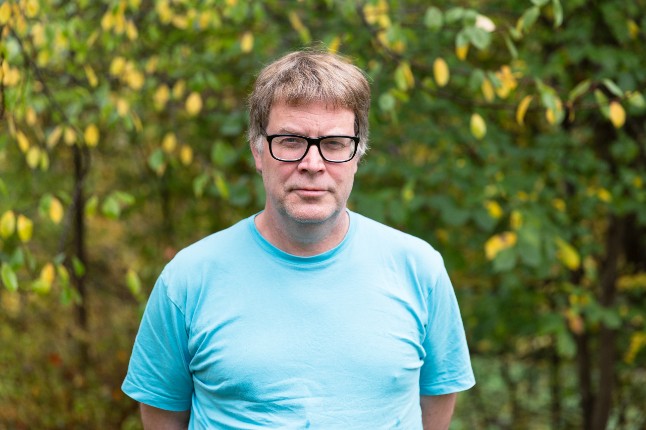 Johan Nöjd, Uppsala region's infectious diseases head. Photo: Alexandra Bengtsson/SvD/TT
Why have these recommendations been introduced now?
Nöjd said that the hope was that the new recommendations would send a much stronger signal to people living in the city than the advice given in recent weeks by the regional health authorities.

These authorities have previously urged Uppsala residents to avoid public transport and parties, two key parts of the new recommendations, which have now been formalised after it became possible for regions to have localised coronavirus measures from October 19th.
“From my point of view, it's perhaps mostly about publicity,” said Johan Nöjd. “As soon as [Sweden's state epidemiologist] Anders Tegnell and the Public Health Agency is mentioned — even if we say precisely the same things regionally and at our press conferences — it's more difficult for certain citizens to avoid this information.”
How are these recommendations different from what's previously been said?
He acknowledged that other than coming directly from the Public Health Agency, the new recommendations had no more weight than the advice he and his team had already been giving.
“They are just recommendations. There's no stronger juridical meaning,” he said. “The Public Health Agency and [Anders] Tegnell hope that it will be taken as a strong recommendation and followed that way, but there are no sanctions in place.”
These recommendations do however have a basis in law, as Sweden's Communicable Diseases Act requires everyone to take “reasonable” precautions to curb the spread of infectious diseases. Recommendations issued by authorities are a way of showing people how to comply with this law.
READ ALSO: A sign in hard-hit Uppsala warns 'the danger isn't over, keep a distance'. Photo: Claudio Bresciani/TT

What exactly is meant by 'avoid close physical contact' with anyone you don't live with?

The new recommendations call on people to avoid organising or going to parties, to avoid public transport, and to avoid “close physical contact” with anyone who they do not live with.
Nöjd conceded that the phrase “physical contact” could have been defined more precisely, and clarified that Uppsala residents may still socialise with people from other households, as long as they keep a distance.
“Perhaps it's a disadvantage not to define this word 'physical' exactly in this document, because there are all these questions,” he said.
He said that the phrase was the same formulation used to determine who needed to be tested when contact tracing someone newly diagnosed with the virus.
“It is, 'which person have you met the latest two weeks and been together with for more than 15 minutes in close contact'”, later confirming that “close contact” meant less than 1.5 metres apart.
He said that this did not rule out going to shops, or doing sports training or other group physical activities, so long as it was done carefully.
“Even if it's possible to be exposed to one another in a shop or different surroundings, it's perhaps a little bit more limited with this. You really need to be together for about 15 minutes and in close contact.”
“It's different for different sports, but with ice hockey, of course, then it's real physical contact, but on the other side, these contacts are few, and perhaps only for some seconds in duration,” he explained.
Nöjd said that the Swedish Public Health Agency's analysis of outbreaks among ice hockey teams in Dalarna had suggested that in-match contact was not the problem.
“People were transmitting the disease to each other on the bench, not on the ice,” he said. “The contact that is more critical there perhaps is when you're sitting on the bench, not for 15 minutes perhaps but at least ten minutes, together with another person before you get into play.”

Is commuting to and from Uppsala affected?


The Public Health Agency decided not to recommend against “unnecessary journeys in and our of the region” — a possibility under the legal framework for the recommendations — meaning people could continue to commute from Uppsala to Stockholm.
“Perhaps the point is that their employers should think about allowing them to work at a distance, if possible, to go back to the conditions that were in place in the spring, when people were working from home,” Nöjd said.
“And if some people do that, then I think it will not be that crowded on trains, so trains should not be a serious risk.”
He joked that recommending against commuting from Uppsala to Stockholm would have affected the Public Health Agency quite directly; the agency's director Johan Carlson lives in Uppsala and commutes to work in Stockholm.

Everyone in Sweden is required to work from home if possible under national recommendations.

When will we know if the measures have been effective?
Nöjd said he said it would take close to two weeks before the effect of the new measures became visible in the number of new cases:
“If everyone stopped transmitting the disease this moment, it would take a week for us to see it, but I think if people go and get tested early in their infections, perhaps in two weeks, we should see that cases are falling. They are looking better today than a week ago, so we hope that we are seeing some trends already.”
He said that it was possible under the new system to chop and change the recommendations quite quickly, and it is therefore possible that further changes will come after the current rules expire in two weeks.
“I think it's possible for them in two weeks time to say 'okay, we see now that the curves are going down, so we can stop with this thing with avoiding public transport and so on', or 'now we have seen a spectacular rise in cases with people going to the gym and spinning classes and so on. So now we are recommending that you don't do that for two weeks'.”