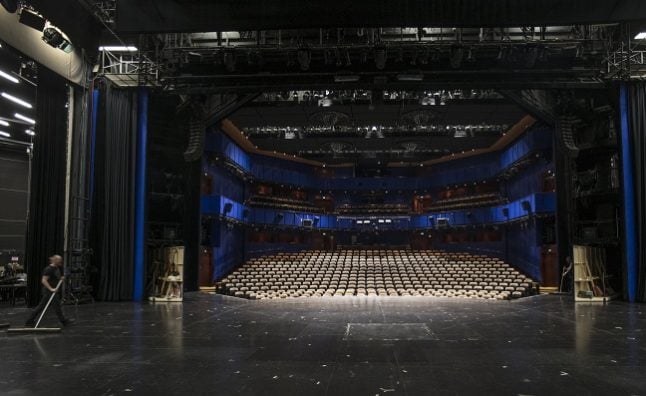 Up to 300 people will soon be able to attend theatre performances, concerts and sports matches. Photo: Staffan Löwstedt / SvD / TT

What's the new rule for events?

Starting from November 1st, seated audiences of up to 300 people will be permitted at cultural and sports events, if a one-metre distance can be kept between groups. Groups of two attending together will be allowed to sit next to each other without a one-metre distance.

Currently, there is a limit of 50 people for public events, which has been in place since late March. This has applied to all public events, including concerts, theatre performances, sports matches, lectures and demonstrations, and the 50-person limit will remain in place for events which can't ensure designated seating and distancing.

These limits are not recommendations or guidelines, but are legal bans imposed by the government under Sweden's Public Order Act.

Which events are affected?

The raised limit of 300 only applies to cultural and sports events which can ensure designated seating and a one metre's distance between groups. Other events must continue to follow the 50-person limit.

Private events, including parties, weddings and funerals are not affected at all by either the new limit of 300 people or the existing limit of 50.

These rules do not apply to schools, gyms, libraries or restaurants, or groups on public transport or shopping malls either. However, the Public Health Agency has previously said that the limit of 50 should be seen as a “norm” even for other parts of life.

A 50-person audience at the Royal Opera. Photo: Fredrik Sandberg/TT

What are the new rules for restaurants and nightlife?

In addition to the rule change for certain events, changes for the nightlife industry were announced on Thursday. Public dance events with more than 50 people have been banned, and this also applies to nightclubs and restaurants.

The reason this is happening is that in September, restaurant businesses were exempted from the 50-person limit on events, a change which was justified due to other, separate rules that apply to restaurants and require distancing between groups. But this led to scenes of overcrowded nightlife venues which caused concern across Sweden.

At Thursday's press conference, Interior Minister Mikael Damberg admitted that the government had not intended crowded nightclubs, and said the photos had “threatened the credibility of the long-term strategy”.

The Public Health Agency also proposed introducing further tightening of the rules on restaurants so that only groups of up to eight people would be permitted. Currently, there is no recommendation of the maximum number of people who may meet privately, although everyone in Sweden is advised to limit social contacts.

The government first proposed raising the limit on public events in August, when it suggested raising the cap on attendees for certain kinds of events and asked for feedback from relevant authorities. The Public Health Agency proposed introducing the change for events with designated seating only, while the Swedish police said this would be complicated to enforce.

After these discussions, the government proposed raising the limit to 500 from October 1st, only for events with designated seating and social distancing. Following a rise in coronavirus cases in September, the government postponed the change twice, and it will now come into effect from November 1st.

Does this mean the risk is lower?

No. The coronavirus is still spreading in Sweden, with the number of daily cases currently rising.

Culture Minister Amanda Lind said the increased limit should not be interpreted as a sign the danger is over, but as a step towards learning to live with the virus. “Organisers in the culture and sports sectors have shown a clear will to take responsibility for organising events. Now they are getting the opportunity to take this responsibility,” Lind said. How does the rule change compare to other countries?

On the whole, Sweden's coronavirus measures have been less strict than those elsewhere, with no curfews or limits on the number of households or people who can meet socially, for example. But when it comes to public events, the limit has for some time been stricter than in most of Europe.

France has a limit of 5,000 people at events everywhere, which falls to 1,000 in areas on the highest alert level (nine cities at the time of publication). In Italy there are variations between regions but the general limit is 1,000 for outdoor events and 200 for indoor events. Switzerland's rules also vary between cantons, with the strictest limit set at just ten for all events at the time of publication.

Many countries have stricter measures than Sweden for private events; in the UK and Italy, no more than six people can meet privately, and six people is also the recommendation in France, whereas in Sweden there is no official limit other than the recommendation to limit contacts and avoid 'large' gatherings.

The rule change for public events will come into force from November 1st, but the government has said that it could be changed depending on the results as well as any changes in the epidemiological situation in Sweden. It will also be possible for regions to introduce their own tighter restrictions in response to any local outbreaks, which may include reducing the limit of attendees at public events.