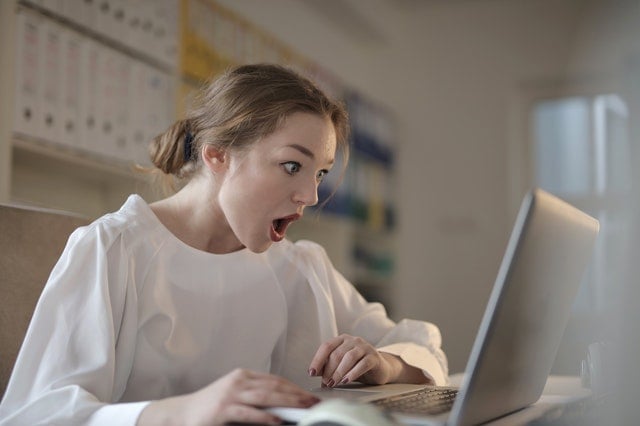 The site is entirely in Swedish, but several products appear to have had their information automatically translated, leading to bizarre descriptions.

A greetings card depicting a duckling in a field was named söta-ansikte-kuk or 'sweet-face-dick'.

It wasn't the only case where 'chicken' or 'hen' appeared to have been translated as kuk, likely via the English word 'cock' which refers to poultry as well as being a slang term for 'penis'. The item below is advertised as 'hand-knitted penises'.

And a too-literal translation was made with terms like 'die cast' becoming död (death) or dödlig (deadly).

Death!? I certainly don’t want a deadly USB cable and “die cast” does not refer to “death”, it’s not that “die”! pic.twitter.com/JXTHY5Pr1u

Calvin Klein underwear was advertised as 'men's luggage space', likely from the English 'trunks' which can refer both to men's underwear and suitcases.

In other cases it wasn't clear what had led to the surprising word changes, such as the child's goalkeeper jersey named 'barn torvåldtäkt'. Torvåldtäkt does not have any meaning in Swedish, although våldtäkt means 'rape', but in German, 'Tor' can mean both 'goal' and 'gate', with the German word for 'goalkeeper' being 'Torwart'.

A tie-down strap for securing cargo to transport became a knark spännband or 'drug strap'.

Some international Amazon sites have an English-language version, but that is not the case in Sweden. When The Local asked why, we were told via email: “There is not English on Amazon.se. We recommend English speaking customers to shop on either .de or co.uk.”

Even trademarked names appeared to have been put through a machine-generated translation, with the Death Star from Star Wars rendered as död stjärna ('dead star').