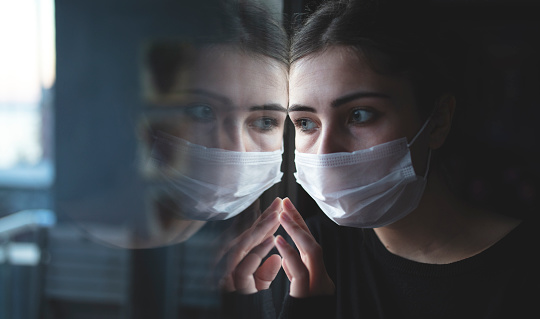 To make some sense of it all, The Local spoke to two experts at Stockholm University – one who studies conspiracy theories and one who focuses on societal transformation.

Conspiracy theories are making global headlines today, often driven by social media. A leading example is the far-right QAnon conspiracy theory, which centres on baseless claims that President Donald Trump is secretly battling an elite group of Satan-worshipping paedophiles who are plotting against him.

Conspiracy theories about Covid-19 – many of which focus on unfounded ideas of a shadowy elite seeking to control the world – are also flourishing on social media. Earlier this year, a short film called ‘Plandemic’ was watched millions of times before it was fully removed from Facebook and YouTube. The film features false claims that Covid-19 death tolls were being exaggerated to enable a vaccination programme that would itself “kill millions”.

While digital technology is an important part of the picture, you must delve deeper to fully understand why conspiracy theories spread, says Annika Rabo, professor emeritus at Stockholm University’s Department of Social Anthropology.

“As an anthropologist I look at conspiracy theories as meaning-making systems used to explain and manage adversity and misfortune,” says Professor Rabo.

“They have to be meaningful to the people who produce, consume and spread them. Fear of disease and illness as well as political and economic chaos is central to many conspiracy theories, so it’s not surprising that Covid-19 attracts enormous occult interest.”

Ready for a new challenge? Find out more about studying at Stockholm University

So, who is most likely to believe in and spread the theories? Conclusive research on this topic is hard to find since “there’s no agreement over the concept of belief”, according to Professor Rabo.

“Many people consume conspiracy theories without necessarily being deeply committed to the strength of their arguments or contents,” she says. “But obviously there are people who are very committed not only to consuming such theories but also to producing them, or adding to existing ones. Some researchers claim there are particular personality traits that make some more prone to embracing conspiracy theories – such as people with more extreme political affiliations, or persons with a very critical outlook on authorities.

“Some persons embrace particular conspiracy theories such as rejecting official versions of the moon landing, the collapse of the Twin Towers, or the danger of 5G-technology or vaccines. Others connect many different conspiracies into an all-encompassing one.” With Covid-19, many wild theories put forward without evidence have gained online popularity. As the pandemic evolves, so will the conspiracy theories, warns the expert.

“One theory is that the virus was laboratory-made on purpose and then ‘set free’ for ‘evil powers’ to take over the world,” says Professor Rabo. “These ‘evil powers’ include the Chinese, the USA, Masons, Illuminati and George Soros. Another early theory was that the virus was a hoax and the subsequent vaccine will either kill us or line the pockets of Big Pharma – or that the virus and ensuing lockdown is a conspiracy to push forward 5G technology.”

The gap where conspiracy theories grow

In today’s world, misinformation and conspiracy theories can spread around the world in no time. The ease with which technology can translate material into different languages only heightens this, says Professor Rabo, who is part of a multidisciplinary European network researching conspiracy theories.

“The particularities of search engines also contribute to the easy access to these ideas,” she adds. “When things used to spread mouth-to-mouth, we would also talk about the latest thing we’d heard – we’ve seen this before with scapegoating and witchcraft.

“Nowadays, conspiracy theories involve people who are distant from each other, whereas in the past they tended to involve people who were close to you. We’re constantly asked to have opinions in democractic societies and we have to make so many choices. With globalisation, people are interested in making sense of all sorts of information that wasn’t particularly relevant before.”

While the theories may seem bizarre or completely crazy, Professor Rabo says the main explanation for them is much more mundane. “In many parts of the world we expect to be healthy, prosperous and live peaceful lives,” she says “Yet this promise is not really fulfilled. In this gap conspiracy theories can grow. We can say that they are partly a response to high and often unfulfilled expectations.”

Lessons from past crises: reasons for hope or despair?

A new decade often prompts big questions about where the world is heading. But nobody could have foreseen how large those questions would loom in 2020. So, do recent events suggest humanity is doomed or could they provide the impetus for positive changes?

“In the wake of the pandemic, op-eds and social media have been flooded with statements about using a crisis as an opportunity,” says Per Olsson, a researcher at the Stockholm Resilience Centre.

“There are hopes that this presents us with a chance to change our economic systems, our energy systems, and our food systems, given the interrelated ways that they’ve long made us vulnerable to a crisis of this scale.

“Many are also hoping that alternatives to the current status quo – many of which already exist – will get a chance to shine and be widely adopted.”

But transforming multiple systems simultaneously is not easy, says Olsson, who leads the centre’s work on transformations for sustainability, working with agency and system entrepreneurship. First, we must better understand lessons from previous global crises, he says.

“History shows us that a crisis does create a chance for change that wasn’t previously possible,” he says. “A classic example is how the oil crisis in 1973 enabled the transition from a car-based society to a cycling nation in the Netherlands. Another example is how the plague that swept Asia, Africa, and Europe in the 14th Century led to the abolition of feudalism and the strengthening of peasant and workers’ rights in Western Europe.” Defining the decades to come

Such examples show that positive large-scale change in response to a crisis is possible. But Olsson emphasises that “the consequences are not always better, more sustainable, or more just, and sometimes the changes that emerge are different from one context to another”.

He cites the evidence of how the 2004 Indian Ocean earthquake and tsunami affected two of Asia’s longest-running insurgencies.

Such differences must be understood in terms of the histories of the conflicts and how willing different groups were to “further their agenda” when faced with a deep shock to society.

This leads him back to thinking about the present pandemic. “We see efforts during Covid-19 – at least in principle – to commit to changes,” he says. “Ideas once viewed as radical are now being deployed by a range of different actors. The City of Amsterdam is considering implementing doughnut economics and universal basic income is under discussion in Spain.”

He also points to the example of the Green Recovery Alliance, which was initiated by the European Parliament and includes large transnational companies, as well as trade unions, think-tanks and NGOs. Signatories want post-pandemic investment packages and transformation plans that put climate change and biodiversity loss at the centre of economic strategy.

“The risk is that opportunities created by the crisis are missed and that innovations introduced with the best of intentions just lead back to the pre-crisis status quo, to a slightly improved one – or even to a radically worse one,” he says. “For example, the financial crisis of 2008 was seized on by some as a moment to transform the finance sector, but the strongest forces pushed the system back to something resembling the pre-crash status quo.

“People who want to be agents of transformative change must be strategic – that means understanding what to do, when, and where, to navigate the risks they are sure to face.

“How we organise our efforts will define our systems for decades to come. Crises can be opportunities if navigated wisely – guided by what we’ve learned from history.”

Stockholm University is one of the top 50 universities in Europe and offers a wide range of programmes in English. Click here to find out more about studying in the capital of Scandinavia.