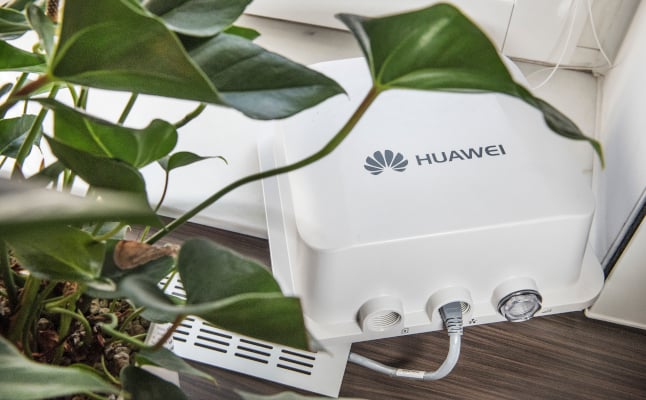 Sweden has become the latest nation to ban Huawei and ZTE from its 5G network. Photo: Tomas Oneborg/SvD/TT

The legal filing was obtained by AFP on Friday.

If carried out, it would cause “exceptionally comprehensive and irreparable damage” to its business, Huawei added.

PTS has said that its ban, which also affects Chinese company ZTE, is in line with new legislation that took effect in January 2020, following an examination by Sweden's armed forces and security service “to ensure that the use of radio equipment in these (5G network) bands does not cause harm to Sweden's security”.

Carriers using any existing Huawei and ZTE installations must also remove them by January 2025, PTS said.

The United States alleges Chinese firms are used to spy for Beijing – allegations which China denies – and has piled pressure on allies to cut Huawei from their telecommunications infrastructure.

Huawei said in its appeal there was “no concrete evidence of a cyber security threat” posed by the company, and insisted that “the Chinese state cannot order Huawei to spy”.

China's embassy in Stockholm has previously urged the Swedish government to review its decision.