Police and a passerby outside the Swedish parliament on Friday. Photo: Claudio Bresciani/TT

Police called a special national incident (särskild händelse) on Friday with one of the stated purposes being to help police to “act quickly in the event of a terror attack”.

In general a special incident means that a temporary task force is set up to focus solely on the specified problem, with the head of the task force given extra powers to make decisions and allocate resources. The nature of a special incident varies; it can take place over a longer period of time (for example to crack down on gang crime) or be set up over a one-off event, such as US President Barack Obama's visit to Stockholm in 2013.

Police said that the decision had been made following recent Islamist attacks in France – where a knifeman killed three people in Nice – and Austria, where a gunman killed four people in Vienna.

“Sweden is part of Europe and the world and it is not strange that we adapt our methods to the events in France and Austria in order to be able to act quickly in the event of an attack. That the police continuously carry out various types of activities to prevent and deter crime, for example by coordinating our work as part of a special incident, is a natural part of our work,” chief commander Stefan Hector said in a statement.

Police denied rumours urging people to avoid public gatherings and certain locations, such as the train station, which were doing the rounds on social media on Friday.

The Aftonbladet tabloid wrote that some of the rumours claimed that intelligence services had received reports of an imminent terror attack in Stockholm, and that a terrorist group was in the capital – police denied this when approached by the newspaper.

“There are currently no recommendations to avoid any particular places or the like,” wrote Swedish police in a statement. “As always, it is important to follow information from the authorities and be critical of sources when information is being spread. Of course, you should also contact police if you do see something that worries you, something that stands out or breaks the usual pattern,” added Hector.

Sweden's national terror threat level on Friday evening remained unchanged at three on a scale from one to five, where five is the most serious.

The special incident, which includes the National Operative Department as well as the police regions Stockholm, Syd, Väst (home to Sweden's three biggest cities, Stockholm, Malmö and Gothenburg) and Mitt, may mean that you will see more police officers out and about, a police spokesperson told the TT newswire earlier in the day.

The Swedish government also decided on Thursday to extend the country's internal border checks until May 11th next year, with the current terror threat level cited as one of the reasons. However, Interior Minister Mikael Damberg told TT on Tuesday that recent attacks in Europe had not “explicitly” led to that decision. 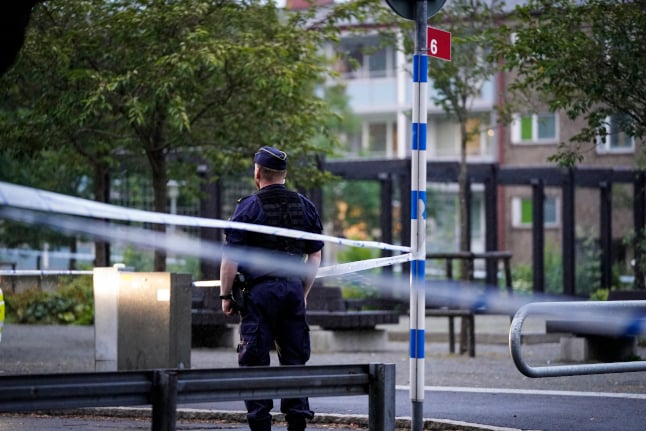 CRIME
‘The situation is very stressful’: Swedish police fight to crack down on gang crime 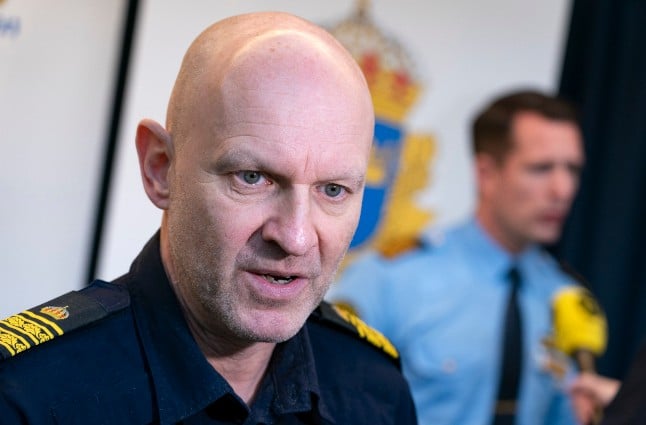 CRIME
How Malmö got its gang shootings under control
Url copied to clipboard!