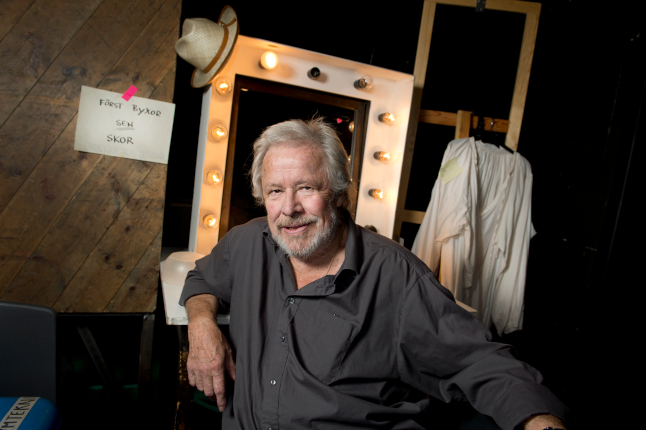 Sven Wollter, one of Sweden's most well-known actors at home, has died at the age of 86. His daughter wrote on Instagram that he passed away without pain and surrounded by his loved ones, and expressed her thanks to intensive care staff at Luleå Hospital.

Wollter was born in Gothenburg in 1934 and went on to star in Swedish productions such as Raskens, Änglagård, Mannen på taket and En sång för Martin. He was a staunch communist who nevertheless had uniquely broad appeal and was much beloved by the public. Prime Minister Stefan Löfven described him on Tuesday as “one of the greatest”. Nearly half a million people (455,000) were registered as unemployed with Sweden's Employment Agency Arbetsförmedlingen at the end of October – that's more than 97,000 people more than last year (an increase from 7.1 percent to 8.8 percent).

The level of unemployment has stabilised in recent months, after businesses and the job market took a hit by the pandemic, despite a series of measures to provide state support. But long-term unemployment is increasing, with 173,000 people having been unemployed for more than a year, and 102,000 between six months and a year. Swedish archaeologists have found coins and jewellery from the Viking Age in Täby, north of Stockholm. They think the treasure was hidden underneath the floor boards of one of more than 20 houses they have found on the site, and they're from various places around Europe. That includes a silver coin from Normandie, France, dated to 900 CE, and five Arabic silver coins – showing how well-connected the world was even then. Four more Swedish regions have introduced stricter local coronavirus measures, with the details varying slightly. Three of them – Kalmar, Norrbotten and Västerbotten – rolled out recommendations put together by the Public Health Agency after consultation with local leaders, while Blekinge in the southeast introduced its own recommendations. This means 14 out of Sweden's 21 regions are now covered by local coronavirus rules.

The decision came as Swedish health authorities reported that 1,000 Covid-19 patients are being treated in hospital and 130 in intensive care – and the figures are rising. A total of 6,057 people have died to date, and the Public Health Agency warns that more deaths will follow in the wake of an increased spread of infection. The Swedish parliament is set to vote on a bill meant to protect British residents' right to stay in Sweden after 2020 today. This is the last stage of the legal process, and it is expected to go through without a hitch.

The government proposes a ten-month application period, starting from December 1st, during which Brits will need to apply to the Swedish Migration Agency for a new residence status. Those who are granted the new residence status will be given proof of this in the same format as a residence permit card, which will state whether you have residence or permanent residence, which is based on how long you've lived in Sweden.

The Local has previously asked the Migration Agency whether you need to be formally registered as living in Sweden with a personal number before December 31st to show you're legally resident, and we were told you only need to have physically made the move. Having a personal number obviously makes it easier, but:

“An applicant is free to use any type of documentation to prove his or her case. However, examples that could be used are rental or tenancy agreements as well as invoices for the rent,” a Migration Agency spokesperson told The Local in August.

Thank you for the feedback we've received so far on our new Monday-Friday daily round-up of the news in Sweden. The verdict seems to be that members appreciate it, so we'll continue the round-up for now. If you have any other thoughts or questions, you are always welcome to email [email protected].