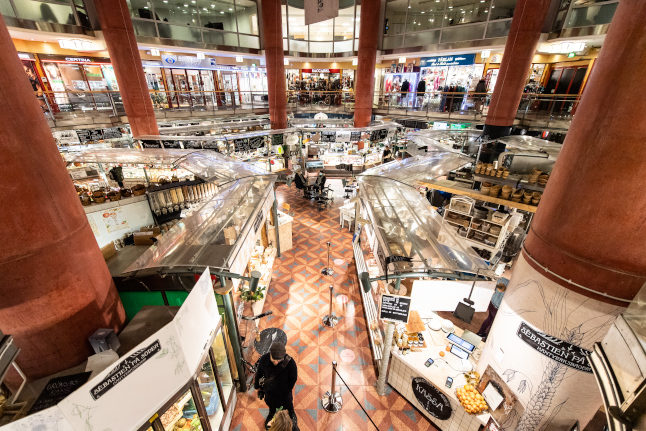 Swedes' online Christmas shopping is expected to amount to around 10.6 billion kronor, up 26 percent on last year, according to consumer prediction data reported by Postnord. But all in all, people are expected to buy fewer Christmas presents this year. Koran burning was 'not a hate crime'

The investigation into an incident where a Koran was set on fire in Malmö at the end of August – initiated by far-right Danish politician Rasmus Paludan, who was himself not present after being stopped by Swedish police on the border – has been dropped, reports newspaper Sydsvenskan. “Looking only at the isolated act of setting fire to a Koran, it is not agitation against an ethnic group,” prosecutor Sofia Syrén told the newspaper.

The investigation into a far-right demonstration in central Malmö square Stortorget, where a group of people kicked around a Koran, has also been dropped. “Sentences that include threats or express disrespect are shouted. Some of these I judge to be agitation against an ethnic group. But it is not possible to prove who is shouting these things. We cannot identify a perpetrator,” Syrén told Sydsvenskan. Sweden on Monday announced a ban on public events and public gatherings of more than eight people, to curb the sharply rising numbers of new coronavirus infections.

Legally, the ban applies to public events, not to private gatherings, but Prime Minister Stefan Löfven urged people to follow the new limit at all kinds of events: “There should not be social situations with more than eight people even if they are not formally affected by the law. This is the new norm for the whole society, for all of Sweden. Don't go to the gym. Don't go to the library. Don't have dinners. Don't have parties. Cancel.”

The ban is set to come into place on November 24th and initially last for four weeks. There were still some details that were unclear on Tuesday morning – for example whether or not the ban applied to cinemas, which state epidemiologist Anders Tegnell told Swedish public radio it didn't, but the interior ministry insisted that it did.

We have tried to answer what we know so far in this article.

From November 24th, a maximum of 8 people will be allowed to attend public gatherings. The government can only legislate re public gatherings, but this should be interpreted as setting a standard for private events too, says Löfven. “This is unprecedented in modern times.”

As of Monday, all but one of Sweden's 21 regions are subject to local coronavirus measures as the Public Health Agency rolled out the stricter rules to two more regions.

The regions of Gävleborg and Västernorrland became the latest to be subject to stricter restrictions issued by the Public Health Agency (allmänna råd or 'general recommendations'), which had already been introduced in 17 regions.

Another region, Blekinge in southern Sweden, has introduced its own measures. The content of these is similar to the allmänna råd, and neither set of restrictions is enforced through penalties for violations, but the allmänna råd do have a legal basis.