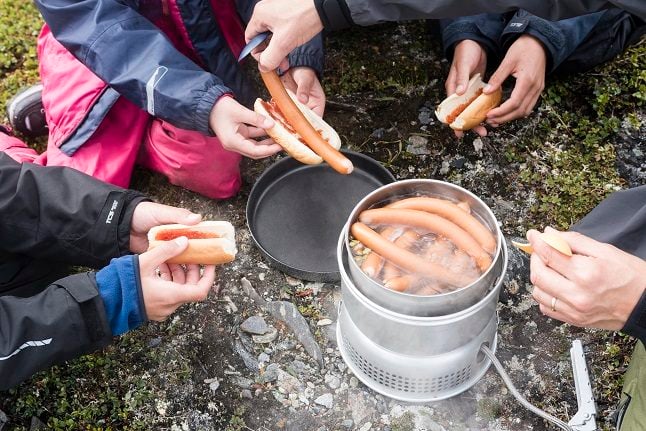 Hospital staff at the Karolinska University Hospital in Stockholm are once again working lengthy shifts to handle the pressure caused by the coronavirus pandemic.

In order to handle increased need for intensive care, staff at the unit are now working 12.5-hour shifts instead of eight or ten, which is usually the case. But unlike in spring, when the hospital was in a so-called 'crisis situation', staff are having more time off between the long shifts. When the government announced a ban on public events for more than eight people, ministers said the new number should set a norm. Per Bolund, co-leader of the Green Party, said “no-one should be able to say they didn't know about or didn't understand the recommendations.”

But there has been confusion over exactly what applies. There is particular confusion over whether cinemas are covered by the limit of eight after state epidemiologist Anders Tegnell and the interior ministry gave different answers on Swedish radio, and at Tuesday's press conference almost 24 hours after the ban was first announced, Tegnell would not comment on the issue saying he had received “different information”.

An exception to the limit of eight also formally applies for seated audiences at cultural or sporting events. The government has said it expects regions not to use this exception, but it will still be possible after the law changes next week.

Prime Minister Stefan Löfven has said that “[a maximum of] eight is the new norm for all of society”, and that he expects Swedish people not to meet in groups of eight even in situations where the legal ban does not apply. The Swedish government last week announced a ban on alcohol sales after 10pm, but consultation with relevant actors before it can become law has raised several questions. Industry organisation Visita has criticised the ban, pointing to existing regulations in place for bars and restaurants, while several regions and restaurant owners have suggested moving the ban to 11pm instead.

The ban is intended to come into effect on November 20th and last until February 2021. The government may adapt the bill before putting it to parliament, based on the feedback from the affected agencies and organisations. WHO urges countries like Sweden to consider face masks

“Masks work,” was the response from the World Heath Organisation's emergencies chief when asked about the Swedish coronavirus strategy.

Dr Michael Ryan stopped short of saying Sweden should recommend face masks, emphasising that measures such as physical distancing and hand-washing are more important and that masks must be used correctly to be effective, but said they were a useful tool in situations where distancing is not possible.

The Public Health Agency has been repeatedly asked about mask usage as coronavirus cases continue to rise sharply while several regions report crowding on public transport in particular. Each year, retail organisation HUI Research every year predicts what they think will be Sweden's most popular Christmas gift of the year (årets julklapp). The chosen item must be a product that represents the time we're living in and has received new interest that year.

This year, the chosen item is the camping stove, with the organisation saying it represents new ways of meeting friends and family outside, in a more infection-safe way.