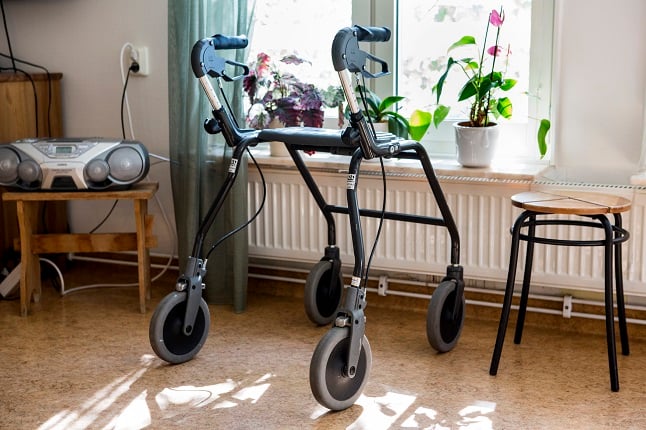 The Health and Social Care Inspectorate (IVO) said the “serious flaws” could not only be blamed on the pandemic, concluding they existed even when the added stress of the virus outbreak was taken into account.

Of the 6,500 deaths linked to Covid-19 in Sweden, nearly half have occurred at elderly care homes and a quarter have been elderly people being cared for at home.

In an audit of care facilities during the period from March to June, IVO noted that a fifth of all coronavirus patients in care homes had not been individually assessed by a doctor, and in 40 percent of those cases the patient was not examined by a nurse either.

In those cases where an assessment was made, the majority were made over the phone, and fewer than 10 percent of patients received a physical examination.

“The minimum level (of care) is simply too low, even during a pandemic,” IVO director Sofia Wallström told a press conference.

The agency concluded that elderly residents at care facilities had not received adequate care in either confirmed or suspected cases of coronavirus. IVO also said its study of elderly care had been hampered by inadequate patient records.

Sweden's high number of deaths in elderly care has been hotly debated in the country, which has long prided itself on its cradle-to-grave welfare system.

The country never locked down to the same extent other European countries did. While polls have shown widespread support for the strategy, it has also been controversial, especially as its death toll soared above those in neighbouring countries.

One of Sweden's tougher measures was a nationwide ban on visits to nursing homes, imposed on April 1st. The measure was lifted on October 1st, but last week the government paved the way for local restrictions.