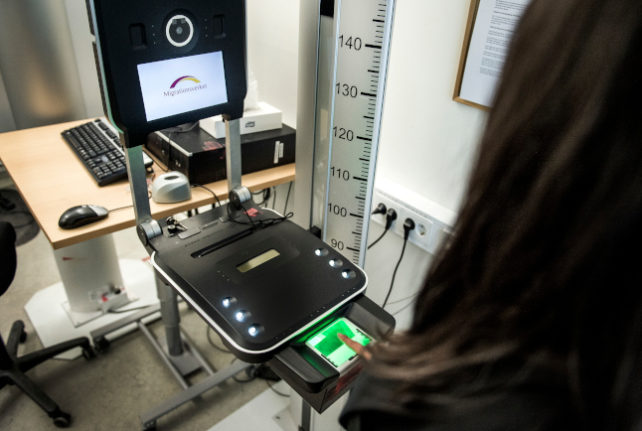 A new government inquiry proposes making it compulsory for municipalities to offer preschool places with a special focus on learning the Swedish language to newly arrived foreign families with children aged 3-5 (attending preschool would not be compulsory).

The inquiry also proposes making preschool compulsory for all children aged five and older. Today, children are required by law to attend school from the age of six.

Next, the government would have to incorporate the proposal into a bill, which would then go through the legislative process and be voted on in parliament. If that all happens according to plan, the new rules would come into force by the autumn term in 2023. The Swedish Migration Agency has updated its page for British citizens who wish to apply for a new post-Brexit residence status. The application will open on December 1st, and you will be able to find a link to the online application and a paper form HERE.

According to the website, you must send in the following with your application:

A copy of your passport or national ID card, and documents that show that you had a right of residence before December 31st, 2020, and that you still have it thereafter. Such documents can for example be:

More detailed information is available on the Migration Agency's website. All public events in Sweden for more than eight people are banned, starting today, after the country's regions agreed to lower the limit for seated events from 50 to eight people.

The decision, confirmed to The Local by a press spokesperson for the Swedish Association of Local Authorities and Regions (SKR), comes a week after the government announced a ban on public events for more than eight people.

The ban applies to public events such as concerts, performances, and sports matches, but not to places like schools or workplaces or to private gatherings. The government has granted an exemption for funerals, which may have up to 20 people present.

But another for certain sport and cultural events with a seated audience, will now no longer apply following the decision to lower the limit to eight for all public events. Young refugees who wish to stay permanently in Sweden will no longer need to find a two-year contract to show they can support themselves, but one year will be enough, according to a new government proposal which still needs to be approved by parliament. This is being proposed due to the pandemic making it much harder to find a job. The bill is being fast-tracked and if it gets a green light, will come into force on December 3rd.

Unaccompanied minors are allowed to remain in Sweden until they complete their high school studies, and can then get a permanent residence permit if they manage to find work after six months. But the government is also expected to present another proposal soon that would give them up to a year to get a foot onto the Swedish labour market. Many young people's residence permits will soon expire unless they find a job. Photo: Johan Nilsson/TT

Since migration laws were temporarily tightened in 2016, more than 30,000 people who have applied for residence permits based on having a close family member in Sweden have been rejected, according to Migration Agency figures reported by Swedish radio.

That compares to fewer than 100 every year before that.

The temporary law was introduced to make it harder for people to receive asylum in Sweden, and is set to expire by summer. Swedish politicians are currently working on replacing it with a new law, which would exempt Swedish and EU citizens from the so-called maintenance requirement, the main stumbling block for family immigration.

Anyone bringing a family member or spouse to Sweden must currently prove that their income and size of their home is sufficient to support the family member. But the hurdles are quite high, meaning any job offer, savings or independent income of the family member is not taken into account. Under the new proposals, this would no longer apply if the family member already in Sweden is a citizen of Sweden, an EEA country, Switzerland or the UK, and the permit applicant is their spouse or cohabiting partner.