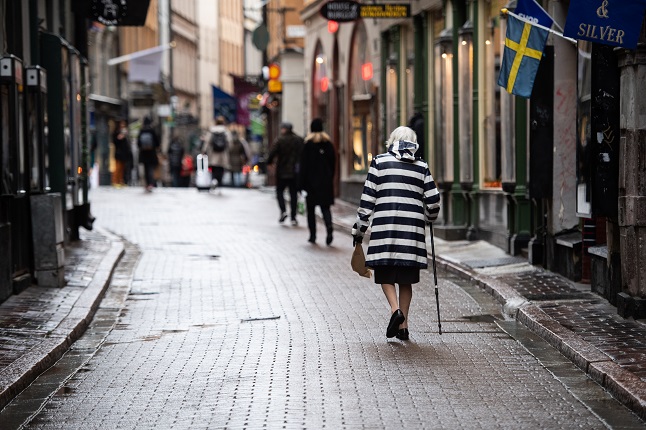 There are major shortcomings in stores' measures to reduce the spread of infection, according to a survey by the Swedish Trade Union Confederation reported by Ekot.

The confederation says that in a survey of over 900 health and safety representatives, the respondents consistently reported there were too many people in the shops and it was difficult to keep a distance.

In Sweden, current recommendations require everyone to keep a distance from people they don't live with in public places, and in most regions people are also urged to avoid indoor environments including shops as well as gyms and museums. Two thirds of the shops included in the survey had done risk assessments, but four out of ten respondents said the risk assessment was insufficient and only a third said that  the shortcomings that have emerged have been fully remedied. Why some young Swedes are wary of new vaccines

Sweden normally boasts participation of more than 90 percent in its voluntary children's vaccination programme. But a recent survey conducted by the Novus polling institute suggested that 26 percent of Swedes do not plan to take any of the Covid-19 vaccines being developed and 28 percent are undecided.

Of those opposed, 87 percent said it was due to fears over as-yet unknown side effects. One possible reason for these fears is that hundreds of young Swedes suffered debilitating narcolepsy after a mass vaccination campaign against the 2009-2010 swine flu pandemic, as AFP reports. Health authorities in the Scandinavian country in 2009 urged the public to voluntarily take a vaccine against swine flu, and more than 60 percent heeded the call — the highest level in the world. But many children and young adults were later diagnosed with narcolepsy as a side effect. Read the full report here. Ski resorts around Europe would normally be gearing up for the start of the season right now, but the Covid-19 pandemic has had a major impact – albeit in some countries more than others. Find out what applies in different countries here.

Sweden’s Public Health Agency is expected to issue new recommendations in December for the Christmas holidays, but so far there are no specific guidelines for ski resorts. That means the same laws that apply elsewhere also apply to ski resorts, for example no more than eight people in the same group at restaurants and no sale of alcohol after 10pm.

Both of these are legally enforced, while Sweden also has stricter measures in place across the country. Those include requiring people not to socialise with people they don't live with and, in some regions, not to travel at all, but it remains to be seen whether these will be extended past their current deadline of December 13th. Life expectancy in Sweden is likely fall this year due to the coronavirus pandemic, according to Statistics Sweden. It forecasts that life expectancy will fall from 84.7 to 84.4 years for women and from 81.3 to 80.8 years for men.

Year-on-year, the average life expectancy for women has decreased only a few times, but for men has increased every year since the late 1980s.