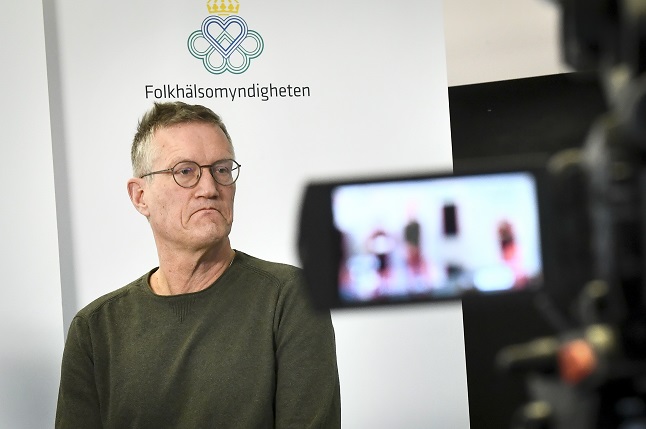 The intensive care units in the Swedish capital region Stockholm reached 99 percent capacity this week for the first time during the coronavirus pandemic, as the region's head of healthcare called on all Stockholmers to follow recommendations more strictly.

There were more Covid-19 patients in intensive care in spring, when the peak was 230, but the healthcare system was able to cope with this thanks to huge efforts such as an emergency field hospital, pausing some non-essential care, and other crisis measures.

“It's enough now. It cannot be worth [risking increased illness and deaths] to have after-work drinks, to socialise outside your own household, crowding to do Christmas shopping, meeting for advent fika even if it's what we want to do. The consequences are awful,” said regional healthcare director Bjorn Eriksson.

“We need more people to understand that having a beer after work with some colleagues can have disastrous consequences. I know that many are working patiently to follow the guidelines and recommendations. But now we have to ensure that it is not only 'many', but everyone, who follows the recommendations.” Some healthcare staff not being tested for Covid-19

In some parts of Sweden, medical and care workers are returning to work despite living with a confirmed Covid-19 patient and without being tested themselves.

A report by Sveriges Radio found that the regions of Jönköping, Stockholm and Östergötland have been forced to cut down on testing of asymptomatic staff who share a household with a Covid-19 patient, due to lack of testing capacity.

Camilla Johansson, the head of elderly care in the Jönköping municipality, said that this could be a problem because “we know that you can be infected without feeling a single symptom”.

In early May, 11 people or seven percent of new admissions to intensive care were over 80, the highest number of the spring. By mid-November, 25 over-80s were admitted that week, corresponding to 16 percent.

Sten Walther, associate professor, doctor and the National Board of Health and Welfare's expert on Covid-19 and intensive care, said it was impossible to say why the change had happened, but that one reason could be increased understanding of how to treat over-80s with Covid-19 and that there was a chance of survival despite high mortality among the age group.

“In the data set the reasons are not visible. But today we know that 80-year-olds' results [from the treatment] are by no means hopeless,” he told the TT newswire. A bed in Stockholm's Karolinska University Hospital, which in spring was criticised for setting an upper age limit on intensive care treatment. Photo: Janerik Henriksson / TT

The government wants to introduce a temporary pandemic law, giving it increased powers to make decisions to curb the spread of an infectious disease such as the coronavirus.

Such a new law is intended to give the government “more tools in the toolbox” to handle the pandemic, Culture Minister Amanda Lind told a press conference on Wednesday morning. Many of Sweden's coercive coronavirus measures can currently only be regulated under the Public Order Act, which has been described as a blunt tool. The government is extending a rule change which means you won't need to provide a doctor's note when off sick from work until after two weeks of sickness, Dagens Nyheter reports.

The requirement for a doctor's note after the first week of sickness was first suspended in March in order to reduce the number of people visiting primary care centres and so reduce the burden on healthcare workers.

Stockholm hasn't had a single hour of sunlight all month

Several parts of the country, including the capital Stockholm, have not seen a single hour of sunlight in December. The last time sunlight was measured in Stockholm was November 28th, almost two weeks ago, while in Karlstad it was November 27th.

This is unusual in southern Sweden, but at the northernmost point in the country, Treriksröset, the sun has already set for the last time this year, back in November, while the furthest inhabited village, Keinovuopio, ushered in the polar night on December 2nd. Kiruna, the northernmost city, doesn't see sunrise between December 10th and New Year's Day.