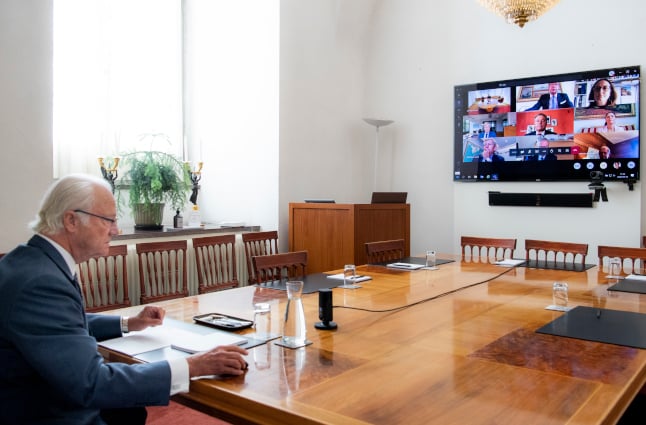 The Scandinavian nation is currently struggling to contain a second wave of the Covid-19 pandemic, with new cases rising since mid-October.

“I believe we have failed,” Sweden's King Carl XVI Gustaf told broadcaster SVT in an interview for a programme summing up the year.

“We have a large number that have died and that is terrible,” the King added.

“The people of Sweden have suffered tremendously in difficult conditions. One thinks of all the family members who have happened to be unable to say goodbye to their deceased family members. I think it is a tough and traumatic experience not to be able to say a warm goodbye.”

Some commentators took the comments as a rebuke of Sweden's controversial coronavirus strategy, which has most relied on non-coercive measures.

Sweden's king has largely ceremonial powers and does not typically comment on political issues.

Questioned by AFP, the Swedish Royal Court however stressed that the comments should not be taken as a comment on the strategy and were “unpolitical”.

“The King is referring to the whole of Sweden and the whole society. What the King is doing is showing empathy for all those affected in different ways and also those who have died in the pandemic,” Margareta Thorgren, head of information at the court, said.

The comment comes at a time when the Swedish strategy is again under scrutiny as a difficult second wave has seen both the number of new cases and deaths surging.

The country of some 10.3 million on Thursday recorded a total of 7,893 deaths associated to Covid-19, with more than 1,900 of those since the start of November.

It also saw that number of hospitalisations reach over 2,500, topping the peak recorded in April.