Shoppers in a mall in Gothenburg, where shops must now advertise the maximum visitor limit at all entrances. Photo: Adam Ihse/TT
The Local
[email protected]
@thelocalsweden


UPDATED: Sweden on Friday passed a new pandemic law. A legal professor answered some of The Local's questions about the changes, including why it took so long and the key differences compared to a never-used emergency law passed last spring.

What is the pandemic law?

It's a law giving Sweden's government extra powers to enact measures to curb the spread of the coronavirus.

This could include limiting opening hours and visitor numbers in businesses, shops and other public places.

In serious cases, it could also mean shutting down these businesses completely, but the government has said that is not the primary aim.

Which businesses and public places could be affected?

Under the new law, the businesses that could be affected include shops, shopping centres, museums, gyms, other cultural or sports facilities, theatres, gyms, stadiums, restaurants, bars, public transport, and premises for private events (for example the so-called festlokaler or 'party rooms' available to rent in many apartment blocks). 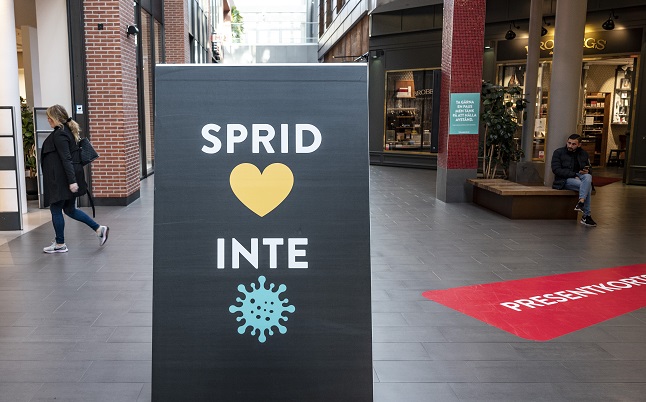 What exactly is going to change?

The government on Friday announced two new coronavirus measures, introducing a maximum limit on the number of people in shops, gyms and other public places as well as extending the eight-person limit on public events to some private events as well.

Those venues will be limited to a maximum of one person per ten square metres of usable space (not shelves or cash registers), and these limits must be stated in risk assessments and advertised on signs at every entrance, and stated in mandatory risk assessments. Venues found to violate these rules may be handed fines by local authorities; individuals won't be fined if they enter a shop with too many people, but are expected to be aware of the limits and avoid indoor environments with a risk of crowding.

How is this different from the laws and measures already in place?

At the moment, Sweden's strategy has mostly relied on recommendations from the Public Health Agency. These currently include recommendations to avoid public transport if possible, work from home if possible, and only socialise within a small group. These recommendations are not supposed to be optional but there are no sanctions for not complying with them. People who don't follow measures introduced under the new pandemic law would face fines.

Sweden hasn't only relied on recommendations, and there have been significant law changes too. But so far, the government has needed to adapt other individual laws in order to introduce legal measures such as a ban on alcohol sales after 8pm and a limit on groups of over four in restaurants. Making these changes takes time, because they have to go through parliament, so the new law allows the government to make changes more quickly.

Why wasn't this already possible?

The government does have some emergency powers during a pandemic, granted by the Public Order Act and the Communicable Diseases Act.

For example, changes to the Public Order Act have allowed the government to impose limits on the maximum number of people allowed at public events (currently eight).

The government argues that these laws do not give it sufficient powers to impose far-reaching lockdown measures. A minority of lawyers have argued that the government is already given these powers by the Communicable Diseases Act, for example to close down shopping centres or fine people who gather in crowded places.

The difference between Sweden and many other countries is that Sweden had no legislation that allowed for a lockdown or partial shutdown measures. In Finland, for example, such laws already existed pre-coronavirus, while other countries introduced a state of emergency, not possible in peacetime in Sweden. 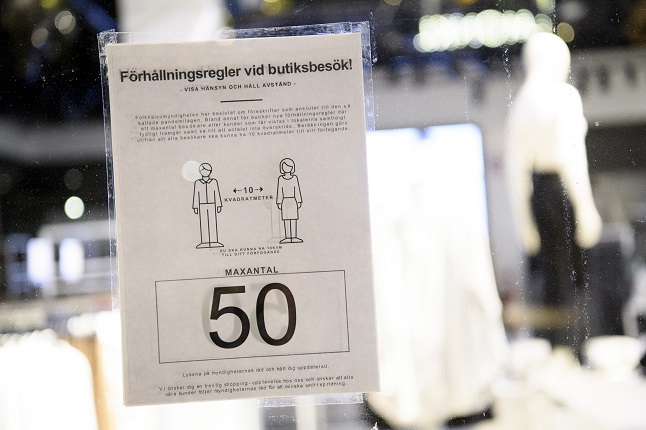 The maximum number of visitors is based on the size of each shop or business. Photo: Henrik Montgomery/TT

But Henrik Wenander, professor at the Lund University’s judicial institute, said the main difference was political tradition; in Sweden, it is much more common for governments to follow the lead of state agencies such as the Public Health Agency.

“Denmark didn’t have the necessary legislation either but managed to get it quickly adopted by the government in the early stages of the pandemic. Sweden could have easily done this as well, but decided not to,” said Wenander.

“It’s a often heard discussion point: doesn’t our constitution prevent such an act? But that’s nonsense. It’s just a matter of policy decisions.”

Why is it changing now?

Wenander said that the law had been fast-tracked due to the mounting political pressure to act. “It has become obvious that the Swedish strategy, whatever this strategy was, hasn’t been very successful,” he said.

There’s a standardized, legislative procedure that has to be adhered to. Usually this takes around two years, Wenander said, but the government put some exceptions in place to accelerate the process, like decreasing the number of days between the proposal and the consequent parliamentary discussions.

What's not included in the new law?

The government would not be able to introduce measures as restrictive as those in most countries, such as a curfew or limit on individuals leaving their homes under the new law. It will also not be able to limit the number of people at private gatherings for example in private homes. This is because such measures would breach constitutional rights such as the freedom of movement.

Will businesses which have to close under the new law get compensation?

That's the plan, but it is not clear exactly how. The opposition parties criticised the government for this, and as a result the law was adapted to state that the government must look into the financial consequences on affected businesses, but future policies on compensation will be passed separately.

“Of course if you have shutdowns, you need to make sure to provide support. But we can not say exactly how much or what that support should look like,” Hallengren said.

When does the new law come into effect?

It applies from January 10th to September 30th, 2021. When it was first proposed in October, Sweden's Health Minister Lena Hallengren suggested that it would not be ready until next summer.

When the formal process was begun in December, she said she hoped the law could instead come into force by March 15th, and the government later decided to fast-track the new law.

This involved recalling parliament early from the Christmas recess, something which last happened in 2005. 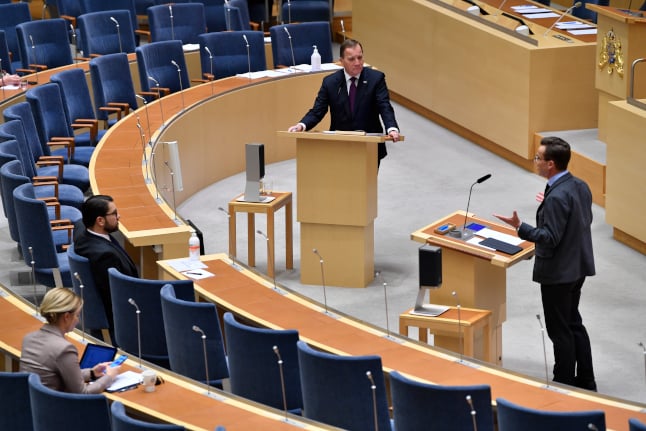 What powers did April's temporary 'crisis law' give the government and what happened to it?

But both Sweden's Moderate Party and the parliament's Council of Legislation criticised it as being too vague, and managed to add an amendment which meant that while the government could impose measures immediately, it would then have to take them to parliament for review.

Wenander told The Local the new pandemic act allows for more balanced measures. “The old law only covered the option to close shops etcetera, while the new one also enables other measures, including requiring social distancing and limiting opening hours,” he said.