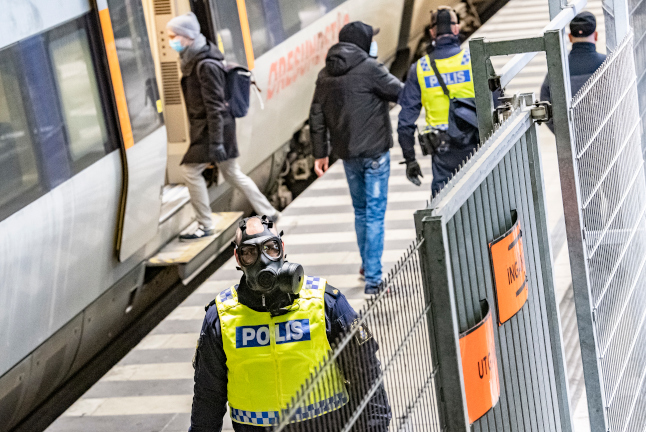 What will happen to Sweden's UK travel ban?

Sweden will amend its temporary entry ban on people travelling from the UK to allow residents to return home even if they are not Swedish citizens, the government has now confirmed. The change comes into effect at midnight. But a ban on UK-Sweden flights has been extended until the end of the year. You can read more here.

When will Sweden update its Covid-19 data over Christmas?

Data on reported coronavirus cases and deaths in Sweden will be delayed during the Christmas and New Year holiday period.

Since the summer, the Public Health Agency has held biweekly press conferences to give an update on the coronavirus situation in Sweden on Tuesday and Thursday afternoons, after holding daily briefings earlier in the year.

Over the Christmas holiday period, these press conferences will be re-organised slightly because both Christmas Eve and New Year's Eve fall on Thursdays. Here are all the dates you need to be aware of.

A chilly Christmas is on the cards for Sweden, with a sudden cold snap expected in the coming days. Temperatures are expected to fall below freezing in almost the entire country, according to national weather agency SMHI. But only northern region Norrland will get snow this Christmas.

Meanwhile in central Sweden, Stockholmers on Wednesday caught a rare glimpse of the blue sky on one of Sweden's few sunny days this December.

It's a Christmas miracle! ? https://t.co/n2YCbVZGRf

Danes stopped at the border

Around 350 people who tried to enter Sweden via Denmark had been stopped by border police by 8.30pm on Tuesday, reported public service broadcaster SVT.

Sweden on Monday blocked travellers from neighbouring Denmark, over concerns that Danish Christmas shoppers would be tempted to cross over to Sweden where shops and restaurants are generally open.

Swedish citizens are exempt from the entry ban, as are non-citizens who live or work in Sweden, and people working in transportation of goods.