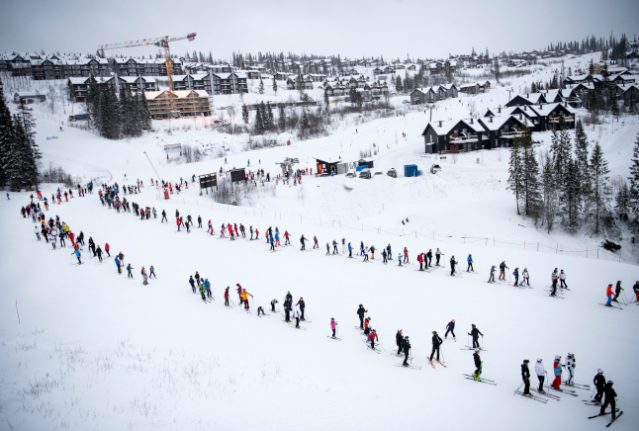 The Swedish parliament has been recalled this week to process the government's bill for a new pandemic law that would give the government increased powers to fight the coronavirus outbreak. Members of parliament will vote on the bill on Friday.

The government's next step would be to impose rules on for example shops, gyms, sport centres and venues for private hire to limit crowding; and to propose rules that would enable authorities to close down venues such as shopping centres if necessary.

A press spokesperson for Home Affairs Minister Mikael Damberg has told the TT newswire that the minister will make a statement on whether or not the government still has confidence in the director of the Civil Contingencies Agency (MSB) – one of the government agencies that helps lead the work on Sweden's coronavirus planning.

Dan Eliasson has faced criticism after he spent Christmas and New Year's Eve on the Canary Islands. He did not break any laws, but Swedish authorities have repeatedly urged people to limit their contacts by for example avoiding unnecessary travel.

“I found the trip necessary. I have a daughter who lives and works here. I spent Christmas with her and my family. I have given up a lot of trips during this pandemic, but I thought this one was necessary,” Eliasson told the Expressen newspaper.

Fewer people were killed in vehicle accidents in Sweden last year than any year since records began in the 1950s, according to the Transport Agency's preliminary statistics.

A major factor is likely fewer people travelling during the coronavirus pandemic, but it also follows a trend of a general decrease in the number of road deaths in Sweden.

In total, 190 people died in road accidents in 2020 – fewer than the 223 deaths in 2019, which was a record at the time. Of those, at least 110 were travelling in a closed vehicle – that is a car, truck or something similar. Twenty-eight died in motorcycle accidents and 14 in bicycle accidents. Twenty-three pedestrians died after being hit by a vehicle. In 15 cases, the details were kept confidential due to the risk of identifying individuals.

Eight people who flew from the UK to Västerås on New Year's Day were ordered to leave Sweden after they lacked the required negative Covid-19 tests, according to SVT Nyheter. Matt Hope, who works for The Local and was on the flight, also noted the hold ups due to extra checks of tests and passengers' post-Brexit residency documents.

In total, there were about a hundred passengers on the plane that landed in the afternoon and eight were missing the tests that now have to be shown from January 1st for certain passengers from the UK to be allowed to stay in Sweden.

Swedish citizens, people who live and work in Sweden, and people travelling for urgent family reasons, are exempt from the current entry ban from the UK to Sweden, which is in place until January 21st.

But the latter two groups now have to show a negative coronavirus test before they are allowed to enter Sweden. The test must have been carried out no later than 72 hours before the plane lands in Sweden and show that the passenger does not have an ongoing Covid-19 infection. According to the new law, Swedish citizens do not have to show a negative test, but should isolate and test themselves as soon as they arrive in Sweden.