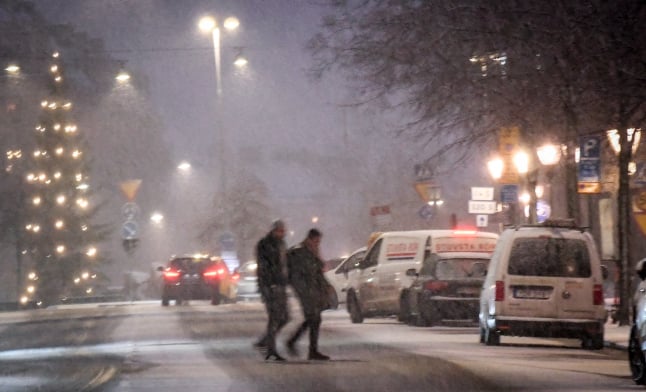 Stockholm, where snow fell on January 7th when this picture was taken, is now expected to escape relatively unscathed. Photo: Fredrik Sandberg/TT

The alerts cover most regions between Södermanland in the south to Norrbotten in the north and vary in intensity with a class-three alert (the most serious on a scale from one to three) issued for the Västernorrland region and a class-two alert for Jämtland and Västerbotten.

No warnings were in place for Stockholm on Monday morning, but its neighbouring regions were told to expect around 5-10 centimetres of snowfall, or possibly rain.

Temperatures are expected to stay below freezing for at least the next ten days.

But most parts of Sweden are not likely to reach the levels of Spain, where around half a metre of snow fell in parts of the country over the weekend, and snowball fights broke out in central Madrid.