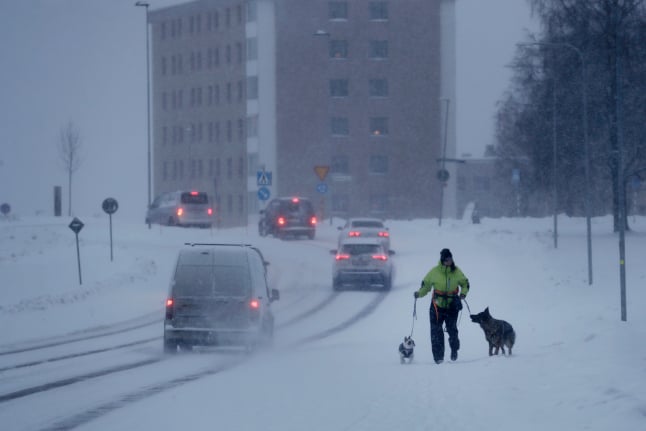 Snow in the city of Sundsvall on Monday. Photo: Mats Andersson/TT

Around 6,000 households were without power, reported Swedish public radio news programme Ekot, including 4,000 in Ångermanland, where a class-three warning for heavy snow remained in place on Tuesday morning, alongside north-eastern Medelpad.

Electricity provider Eon said at 7am that the weather conditions had made it too risky to send maintenance workers out overnight, but repair work would start later in the morning.

The rest of the region, Västernorrland, was downgraded to a class-two warning, which was also in place for Jämtland and coastal areas of the Västerbotten region.

Around 40-70 centimetres of snow was expected to fall between Monday and the early hours of Wednesday, and it was the first time Sweden's national weather agency SMHI issued a class-three (or 'red') snow alert, the most serious kind, in at least a decade.

Stay up-to-date with the latest weather alerts for your region in Sweden here.