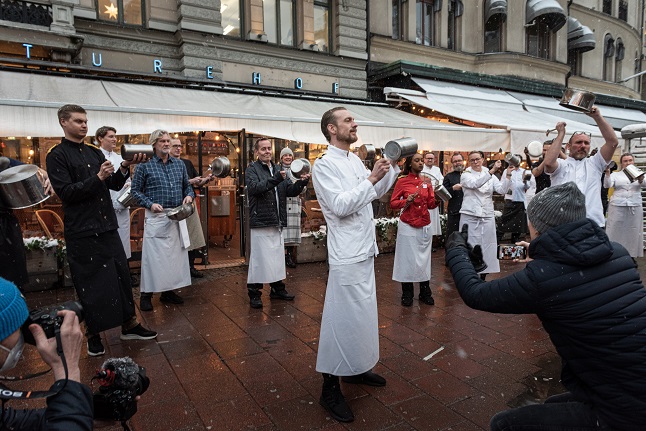 A protest against limited support for the restaurant industry in central Stockholm on Thursday. Photo: Gustaf Månsson/SvD/TT

Sweden on Thursday passed 10,000 deaths of people who have tested positive for coronavirus, meaning around one in every 1,000 residents of the Nordic country have died due to the pandemic. Health chiefs say they expect the number to keep rising.

There are large regional variations, and unlike the first wave of the pandemic in spring, southern Sweden is currently the worst hit region. In Skåne, the rate of new cases reported in the past 14 days was 1,272 per 100,000 people – double that of the Sweden national average, which was 687. The corresponding figure in Västra Götaland was 787 and in Stockholm 423.

The Swedish Teachers’ Union has called for clearer recommendations on distance learning for secondary schools, which at the moment have the option to run some or all classes remotely for infection prevention purposes, but this is not mandatory.

In some regions, including Skåne, Västra Götaland and Sörmland, regional infection control units have recommended distance learning due to the high spread of the coronavirus. The decision is up to either the municipality or school board, depending on whether the school is municipal-run or independent, but the union has called for the guidance to be binding due to the confusion caused by different rules within regions.

“The fact schools in the same region, and therefore same infection context, don’t need to follow the same rules is highly problematic,” said union chairperson Johanna Jaara Åstrand. “It increases the worry and frustration teachers already feel. We are against municipalities being able to overrule infection experts’ judgments. There are no headteachers or teachers who are experts in infection control.” 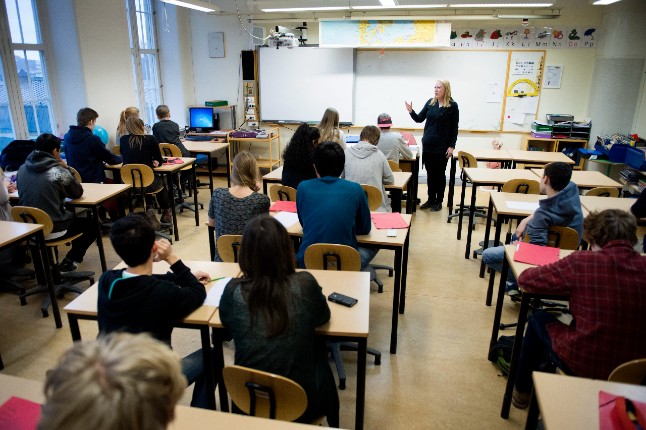 Sweden extends ban on travel from UK and Denmark

A ban on entry to Sweden from the UK and Denmark, which has been in effect since late December will now continue until January 31st, the Swedish government said in a statement. The rules had been scheduled to expire on January 21st.

Some new exemptions have been added to the rules, including allowing children to enter if doing so to meet a parent, and an adult may accompany a child who falls under this rule change. Swedish citizens and people who live or work in Sweden are already exempt from the entry bans. 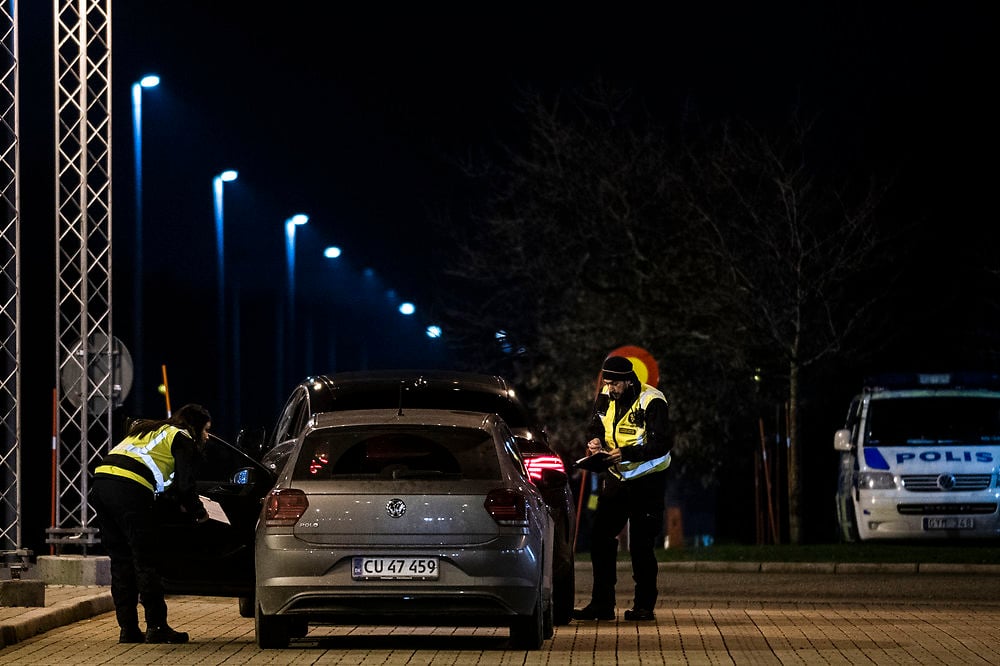 Three years ago, a town in northern Sweden handed out around 1,000 scarfs as Christmas gifts to former residents. Now, one of them was worn by a participant in the violent attack on the US Capitol, and Swedes – and the Washington DC police – are trying to identify its wearer. 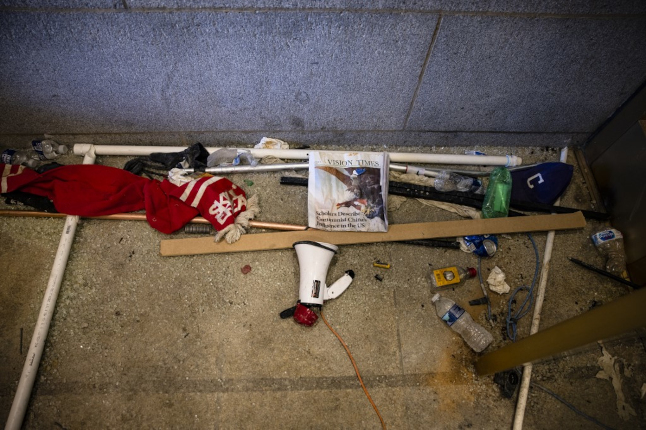 A celebrity chef has called on restaurant owners to participate in daily demonstrations against problems with the government support for the industry, the first of which took place on Thursday afternoon with staff banging pots, pans and other kitchen equipment.

Chef PG Nilsson says the aim is to draw attention to delays in seeking the financial support promised by the government for restaurant owners affected by the coronavirus pandemic and restrictions on businesses.

It is not yet possible to apply for so-called ‘adjustment support’ to cover lost revenue and extra costs incurred from August onwards. Support for temporary lay-offs is available to cover the autumn but with around a two-month processing time, while applications for temporary lay-off support for December onwards will only be possible from March, the TT newswire reports.

Finance Minister Magdalena Andersson said that the delays were caused by the time taken to draft legislation and, in some cases, get approval from the EU. She added that the option to defer certain tax payments could help affected businesses maintain liquidity.