Country cabins, like this one in the Stockholm archipelago, soared in price in 2020. Photo: Janerik Henriksson/TT
Richard Orange
[email protected]
@Richard_Orange


Even a pandemic was not enough to stop rising property prices in Sweden last year, but can the increases continue? Here's what some of the experts say.

What kept property prices high in Sweden in 2020?

You might think that a crisis that pushed unemployment to a 23-year high, with half a million people out of work, would depress property prices.

But the property market in Sweden boomed in 2020. According to the property industry's own price reporting service, Svensk Mäklarstatistik, the total sale value of all the apartments and houses in Sweden rose 14 percent in 2020 to 510 billion Swedish kronor (approximately $60.8 billion).

“We saw a surprisingly resilient market, not only in Sweden but in most countries. We saw quite significant rises,” Andreas Wallström, head of forecasting at Swedbank, told The Local.

He put down the rise to consumers' belief that mortgage rates were set to fall, which surveys say became more widespread over the year.

As for unemployment, he argued that the property market has been spared because the people who lost their jobs largely weren't those who normally buy houses.

“There was a lot of discussion that this crisis as such and increased unemployment would weigh on prices. In my view, this is actually not too important, because typically, those who become unemployed are people who already do not really have a strong foothold in the market and have problems getting loans.”

“Most of those who have so far lost their jobs have been in the service sector and many of them already struggle to enter the property market,” he told the Dagens Nyheter newspaper.

“At the same time, others have been encouraged that interest rates will remain low in the future, which makes them feel safe and comfortable with paying a lot for a property.”

The government's decision on April 14th to suspend obligatory amortisation on mortgages has also helped prop up prices.

What sorts of properties saw the biggest rises?

Estate agents of Sweden talk of a 'pandemic effect', which has meant that the price of larger detached houses and country cabins has risen faster than the price of apartments.

An increase in home-working, they argue, has meant that people have begun to value having an extra room more than a shorter travel time to their workplace, while travel constraints as a result of the pandemic led to a rush to buy country getaways.

The price of detached houses rose by 13 percent in 2020, and of fritidshus or 'country cabins' rose by 12 percent, while the price of apartments (bostadsrätter) rose by 7 percent.

Will rising prices continue into 2021?

Most estate agents and analysts believe they will, although they expect the rate of growth to slow.

“The trend is going to continue and we will continue to see a stable housing market. I don't expect we are going to see double figures, but I believe more in price rises than price falls for 2021,” Jens Magnusson, an economist at the SEB bank, told the TT newswire.

Liza Nyberg, chief executive for the estate agents Svensk fastighetsförmedling, told TT she expected growth of 4 percent to 5 percent a year in 2021, although the “exceptional” growth in 2020 would not be repeated.

“I don't believe we'll see the same rises as this year,” he told TT. “There's going to be some saturation: it's not reasonable when we're scarcely going to have any wage increases at all. We can't have more and more expensive outgoings without higher intake.”

Wallström told The Local he expected global interest rates to start to increase over the year.

“We could see, I think, a pick-up in global interest rates over the course of this year, due to the recovery of the economy, and also perhaps inflation will pick up a bit. But this increase will still be very muted, so in my view it's very hard to see a significant pick-up in mortgage rates even in the longer duration.” 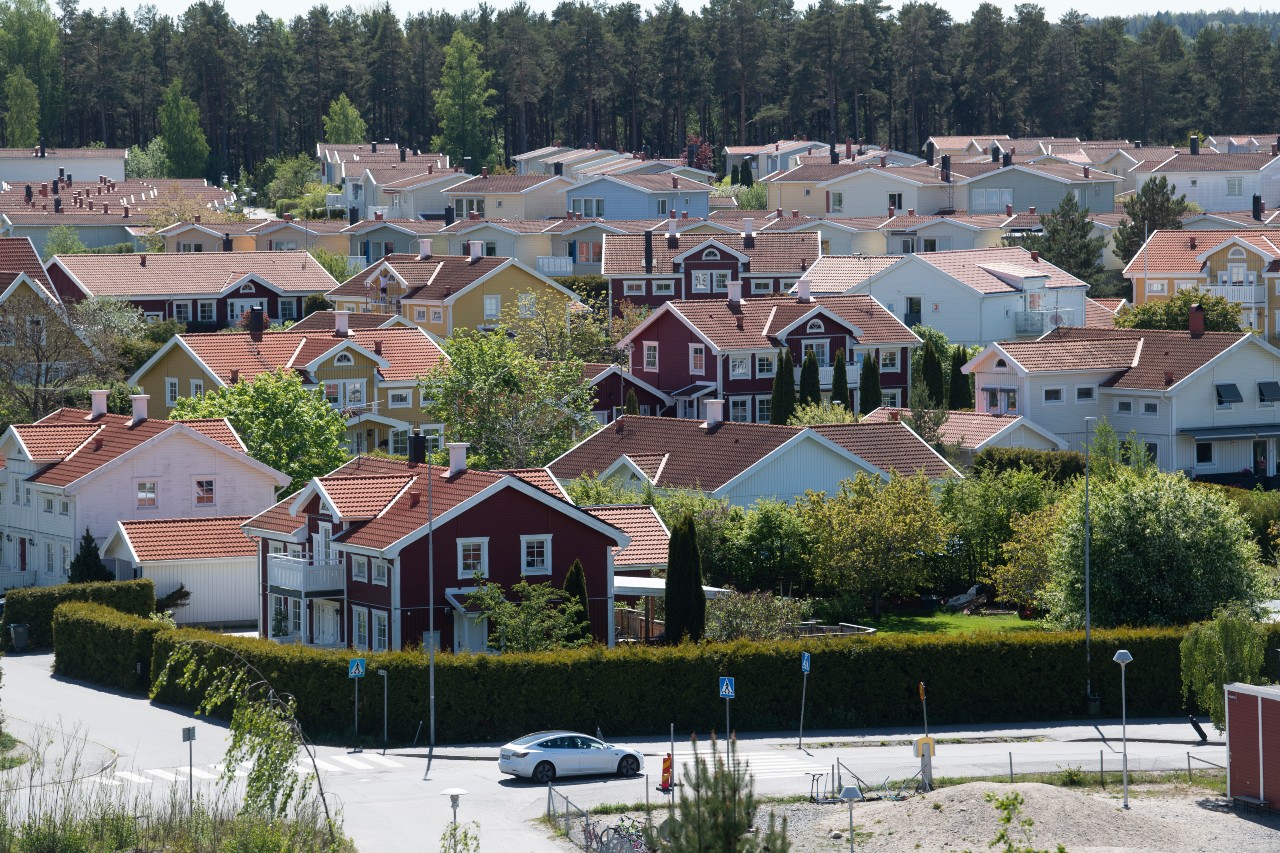 Detached houses like these ones in Ekerö outside Stockholm have risen in price faster than city centre apartments. Photo: Fredrik Sandberg/TT

Will the 'pandemic effect' continue?

The experts are divided.

Nordenfelt said that the effect would continue, leading prices to rise faster in areas with a slightly longer commute.

“I think that the connection between the value of a property and the travel time to big employers will become weaker now many people do not travel to their work place so often. Digitalisation can make more areas attractive, because it is less important how close you live to your job.”

He thinks this will mean prices rise faster for larger properties, with more people willing to trade a more central location for an extra room somewhere further from the city.

Flink said he expected what he called a “mini green wave” – a scaled down repeat of the 1970s 'green wave' phenomenon, when many young, middle-class families moved from the city to the countryside to be closer to nature.

“Many people will continue to have the opportunity of working from home, which means that travel time will not be such a big problem,” he argued.

Nyberg said she expected an end to the sharply rising prices for country cabins seen in 2020.

“I'm uncertain about how the market for fritidshus will develop. Even if flygskam, ['flight shame'], is still around, many are longing for new environments. If we can start travelling again, that will will the priority and that will bring consequences. It was the lack of travel that led to the development of the market in country cabins.”

When Sweden's Financial Supervisory Authority suspended obligatory interest rate payments last April, it said that the suspension would last until August 2021. Erik Thedéen, the authority's director, has since said repeatedly that his intention remains to reinstate obligatory payments in August.

If the economy is facing a crisis, however, he has said that the suspension could be extended, promising to take a final decision before the end of April.

“I think that it's coming back sooner or later, but not if the major economic concerns and the pandemic itself have not yet worn off,” said Robert Boije, chief economist at SBAB bank.

What will prop up prices?

Wallström said that the fundamentals of the Swedish housing market still pointed to rising prices, pandemic or no pandemic.

“The Swedish housing market is still dysfunctional,” he said. “We have high demand due to strong population growth, a dysfunctional rental market, so that means that the demand for actually buying houses or apartments continues to be high.

“And meanwhile, the supplies aren't increasing that much because of regulation. Construction is expected to still be quite low. So, we have those fundamental factors supporting prices.”

What could lead to falling prices?

Most of the experts believed that a rise in interest rates of more than a quarter of a percentage point was unlikely, although if such a rise happened it might cause prices to fall.

Another risk to property prices, they argued, would be a renewed rise in unemployment, perhaps as a result of the government's financial support packages coming to an end.

If something were to go wrong with the coronavirus vaccine, or if a new mutation of the virus was immune to it, that could lead to a more serious economic crisis which might lead prices to fall.

“Could the housing market withstand yet another round?” Magnusson asked.