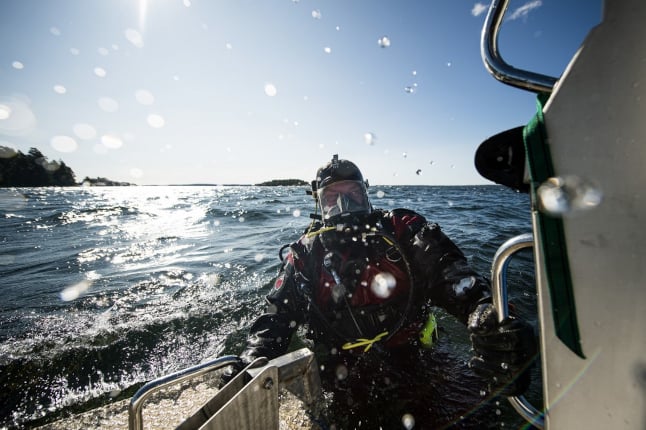 On a small boat on the choppy waters of Stockholm's archipelago, four maritime archaeologists pulled on wetsuits and prepared to dive into the Baltic to survey a merchant ship that sank nearly 500 years ago.

The team from Stockholm's National Maritime and Transport Museums are racing to protect wrecks along Sweden's Baltic coast from looting, which they say has been on the rise since 2017.

They have called in the navy, coastguard and police since the spring to help document the wrecks, so they can monitor them more carefully for signs of interference.

Plunging into the murky waters, two divers descended to the preserved timbers 28 metres below, photographing items used by the sailors on the deck before resurfacing.

When the team discovered the wreck in 2017, they realised it could reveal long-lost historical details about the Baltic Sea trade that brought riches to the region.

But returning months later, one of the archaeologists, Jim Hansson, noticed that a three-legged cooking pot left on the wreck where it had settled five hundred years before had vanished.

“I was cursing in my facemask down at 30 metres,” the 47-year-old said as he sat drying out in his wetsuit on deck.

Although the law forbids theft from wrecks like this near the waterside town of Dalarö, archaeologists believe the artefacts are being taken by collectors or put up for sale.

“If everything is still there at the wreck, we can tell a story as close to reality as possible, because there are no books, sketches, blueprints on these things,” Hansson said.

Experts believe up to 20,000 shipwrecks lie on the floor of the Baltic Sea, many of them well preserved by its brackish waters, a mix of salt and freshwater. 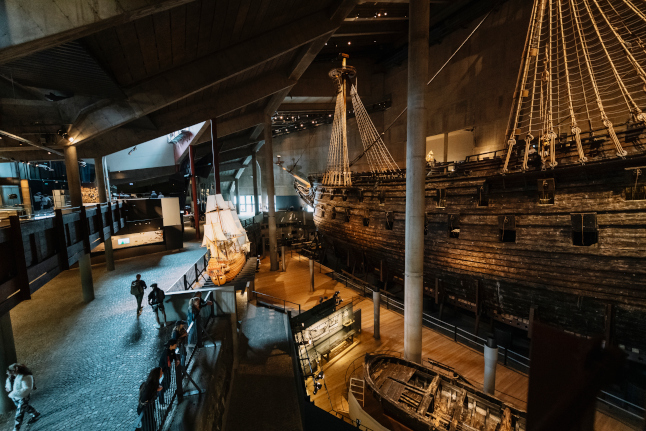 In 1961, divers found the wreck of the Vasa, a magnificent 69-metre warship carrying 64 cannon, which had sunk on its maiden voyage in 1628.

It was salvaged, put on display, and is now one of Sweden's most popular tourist attractions.

Then, last November, Hansson and his colleagues discovered a wreck they believe to be the Vasa's sister ship in the Stockholm archipelago.

They came across it as they searched for sites to feature in a new museum – the Museum of Wrecks – dedicated to the sea's underwater archaeological sites.

There have long been cases of looting in the area, and the archaeologists also noticed signs of recent interference with the wrecks as they began research for the museum in 2017. 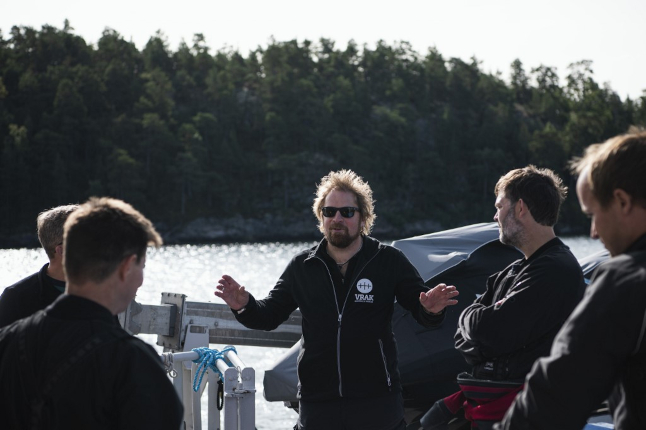 They discovered that items such as porcelain and tableware were missing from at least four 17th-century wrecks in the archipelago – all of which require diving permits. Exploring further, they found items such as dive masks and knives left behind by the intruders.

From the beginning of the year, Hansson and his colleagues decided to step up their surveys of the wrecks, to chart more clearly if other divers had tampered with key sites.

After one dive on the merchant ship, Hansson and his colleagues gathered round a table below deck on their dive boat check the latest 3D map of the site that they had produced.

Noting the untouched items – barrels of iron ore, the ship's beams – they satisfied themselves no one had interfered with the wreck.

And now they have a record for future use.

“We can come back and check (…) if people have been here looting or if natural causes have made the wreck fall apart,” said Patrik Höglund, an archaeologist with the Maritime Museum.

But the team has 1,500 kilometres of Sweden's Baltic Sea coast to watch, so Hansson organised a seminar in January 2020 to persuade the Swedish navy, coastguard and police to help them.

Now the archaeologists are sharing the photos, videos and 3D maps of the wrecks they survey with the authorities so they too can track any changes to the sites. 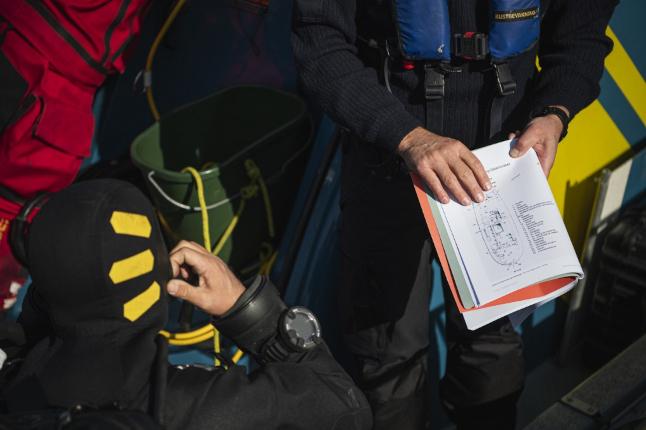 Patrik Dahlberg, right, an officer in the Swedish coastguard, gives a briefing to his officers. Photo: Jonathan Nackstrand/AFP

So now, the coast guard uses its daily surveillance flights over the archipelago to monitor wreck sites for signs of unauthorised dive boats.

And Hansson and Höglund travelled to a coastguard corvette moored in the archipelago to train a team of divers how to inspect a site.

They showed them a 3D model of a wreck on the seabed nearby – a 17th-century vessel known as the Bodekull. They realised someone had tampered with it when they noticed a serving bowl was missing.

A coastguard team headed out on a small launch to carry out the dives, dropping into the icy green water and descending to the wreck.

They relayed their observations to the surface by radio and photographed the site for future reference. 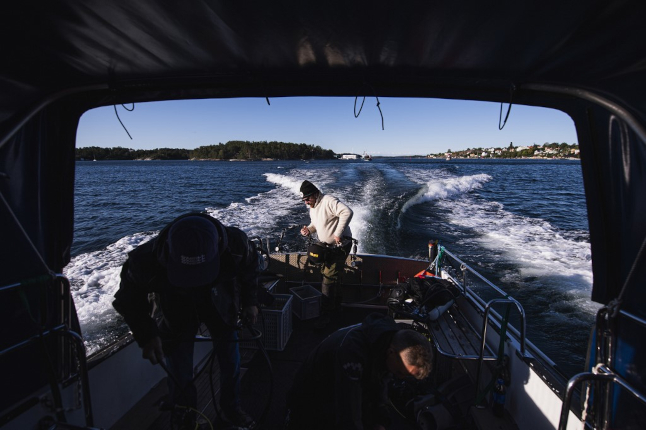 Jim Hansson prepares to dive on a wreck site off the coast of the town of Dalarö. Photo: Jonathan Nackstrand/AFP

Their new tasks are unlike their usual work, said the corvette's commander, Patrik Dahlberg. But he added: “We understand the value, it feels meaningful.”

It will be hard to deter all thieves, given the value of some of the artefacts, said Hansson.

“If there's money then people will try to take it, so our mission now is to try to have a better system with the navy, coast guard and police.”