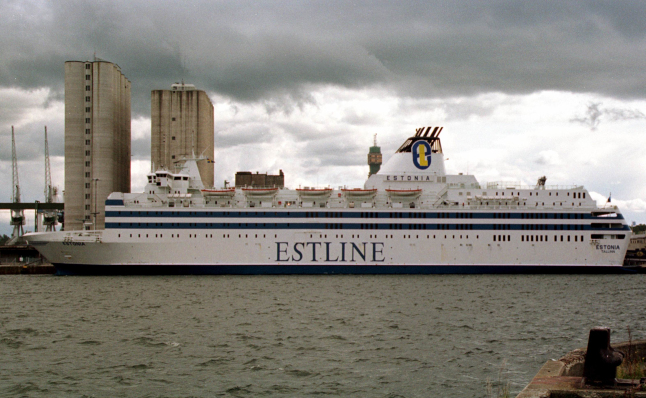 Estonia pictured in 1993, a year before she sank. Photo: Bertil Ericson/TT

The filmmakers are accused of violating the sanctity of the wreck of the Estonia ferry, which sank in the Baltic Sea in 1994 killing 852 people in one of the 20th century's worst maritime disasters.

The team sent a remote-operated submersible to the ship while filming a documentary that revealed a massive hole in the ship's hull, helping to cast doubt on the findings of an official investigation into the sinking.

This is the first time the law will be applied.

The two Swedes – the documentary's director and a deep sea analyst – were on the ship when the vehicles were sent to the wreck in September 2019. They face fines or a prison sentence of up to two years.

However, their discoveries sparked calls for a new probe into the cause of the disaster and in December Sweden announced plans to amend the law to allow a re-examination of the wreck.

Experts however told the filmmakers that only a massive external forcewould be strong enough to cause the rupture, raising questions about what really happened that night.

Survivors and relatives of those killed have fought for over two decades for a fuller investigation, with some claiming – even before the new hole was revealed – that the opening of the bow visor would not have caused the vessel to sink as quickly as it did.

Some have speculated that the ferry may have collided with another vessel, either a military ship or a submarine, or that an explosion caused the sinking.

The ship, which was sailing from Tallinn to Stockholm, went down in just one hour in the early hours of September 28th, 1994, leaving only 137 survivors.