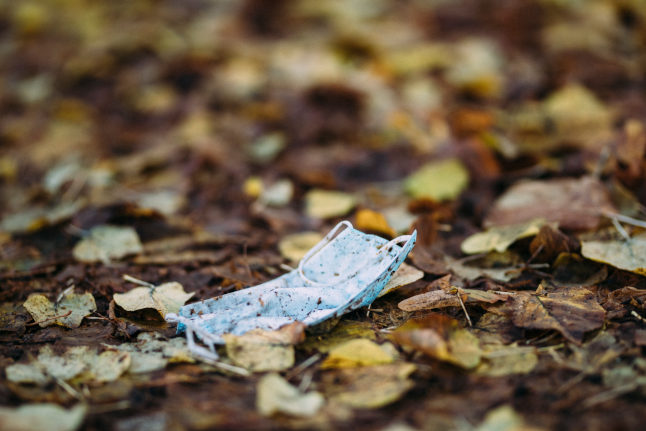 There is no general ban on face masks in Sweden. Photo: Jil Yngland/NTB

The story was first reported by Swedish public radio broadcaster SR on Saturday, quoting a teacher in Halmstad who had been told to remove their face mask: “I was disappointed, sad and angry. I'm in a risk group and feel safer with the face mask.”

The National Union of Teachers, which has demanded that all employers should offer face masks which should then be voluntary to wear, slammed the ban. “I think it is completely catastrophic behaviour to go out and ban protective equipment when we're in a pandemic. I think it's actually absolutely astonishing that it is being done,” union head Åsa Fahlén told the TT news agency.

Halmstad authorities, which had previously argued there was a risk that people would wear face masks the wrong way, later reversed the ban.

“Like many other municipalities, we have been working on this issue for several weeks. There is a lack of clarity that causes concern. Our previous position was based on following the Public Health Agency's recommendations, but after internal consultation within the municipality we have reached the conclusion that we will allow (people to wear their own) protective equipment,” its education chief Pauline Broholm Lindberg said in a press statement.

The regional infection control department in Halland told TT there was no general ban on face masks in schools.

Sweden was long one of the few countries in the world not to recommend the public use of face masks to curb the spread of coronavirus, despite several studies showing they can offer some protection to both the wearer and those around them.

Following new advice in January, face masks are recommended for use by the public on public transport in Sweden during rush hour (7-9am and 4-6pm), and otherwise their use is not recommended (although there is no recommendation against them either) outside the medical and care sectors due to concerns this would lead to relaxation of more crucial measures like distancing and working from home.