Rescue vehicles at the scene of the crash north of Stockholm. Photo: Pontus Lundahl/TT
The Local
[email protected]
@thelocalsweden


Sweden issued a warning of heavy snow in south-eastern parts of the country on Thursday, with traffic chaos after a crash involving more than a dozen cars on the motorway north of Stockholm.

Around 20 vehicles were involved in the pile-up on the E4 motorway northbound near Upplands Väsby, which happened shortly after 2pm. 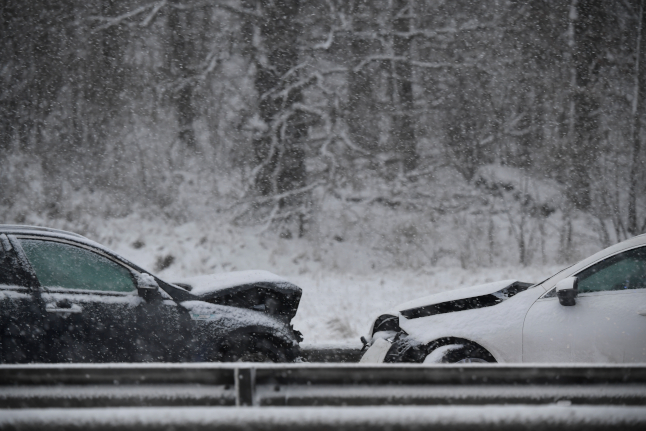 Two of the cars involved in the spate of crashes. Photo: Pontus Lundahl/TT

By 4pm all vehicles had been salvaged and the road fully reopened.

Police told Swedish public broadcaster SVT that several people were taken to hospital, but their injures were not thought to be serious. The road was described as slippery. 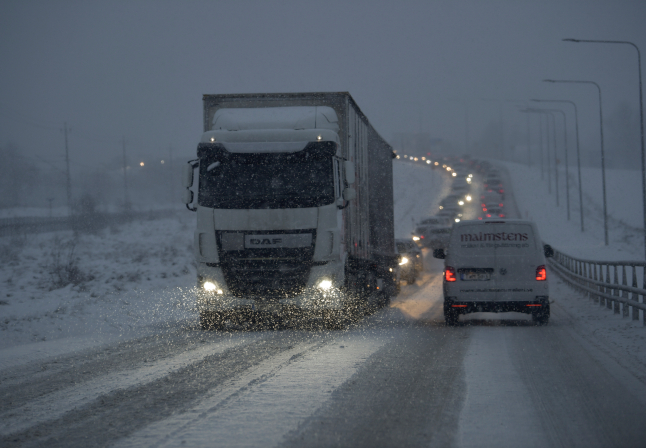 Sweden’s national weather agency SMHI issued a class-one warning (the least serious kind on a scale from one to three) for heavy snow in south-eastern Sweden on Thursday, covering the regions Stockholm, Södermanland, Östergötland, Kalmar and Öland.

It said around 5-15 centimetres of snow was expected to fall, or up to 20 centimetres locally in the Stockholm region, by Thursday evening or the early hours of Friday. 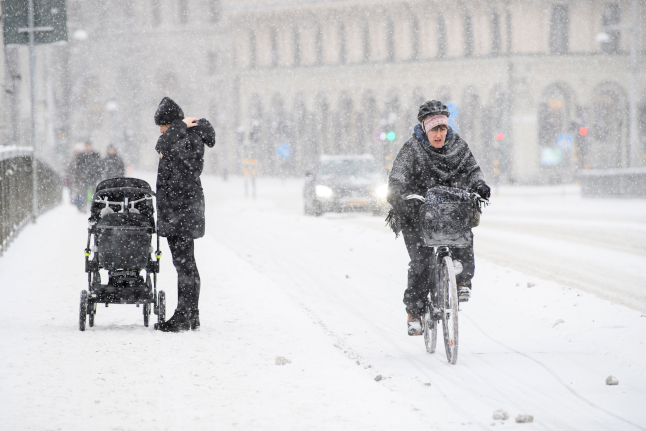 Stockholmers cycling or walking through the snow on Thursday. Photo: Pontus Lundahl/TT