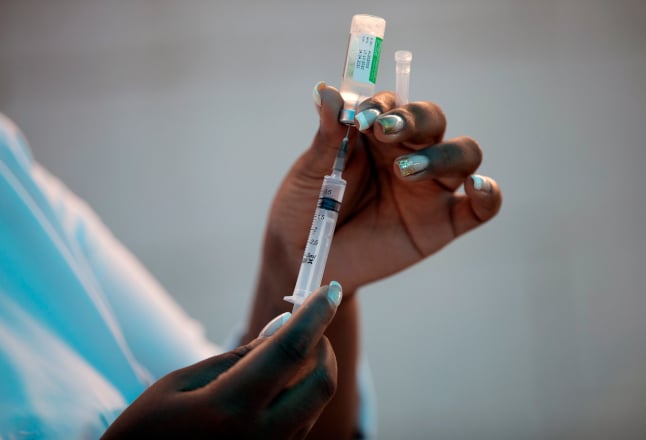 The agency said the British-Swedish pharma giant's vaccine should “firstly” be offered to people aged 18-64.

Conversely, previously approved vaccines from Pfizer/BioNTech and Moderna should primarily be offered to people 65 and over.

The move follows other countries, such as Germany and Italy, which have also advised that other vaccines be prioritised for the elderly, even though the AstraZeneca vaccine was approved by the European Medicines Agency (EMA) for all ages last week.

The Public Health Agency noted that the EMA had signalled a lack of evidence to document efficacy of the vaccine among elderly.

“However, there is nothing that says that it doesn't have a protective effect or that it would have any negative effects in those age groups,” Sören Andersson, head of the unit for vaccination programmes at the Public Health Agency, told a press conference.

Andersson said the change in priorities would mean a temporary delay in the rollout of Sweden's Covid-19 vaccination programme, but also noted there were more vaccine candidates coming up and large volumes being shipped to Sweden.

“It's a partial shortage, but there are vaccines and we'll have to make sure they are used in the most effective way,” Andersson said.

Sweden, a country of 10.3 million, began vaccinations on December 27th and so far 256,978 people have received the first dose.

The country also announced that randomised testing had shown that the mutated variant first discovered in the UK, believed to be more infectious, seemed to have become more prevalent.

Out of 2,220 positive Covid-19 tests screened, the UK variant had been discovered in 250 samples.