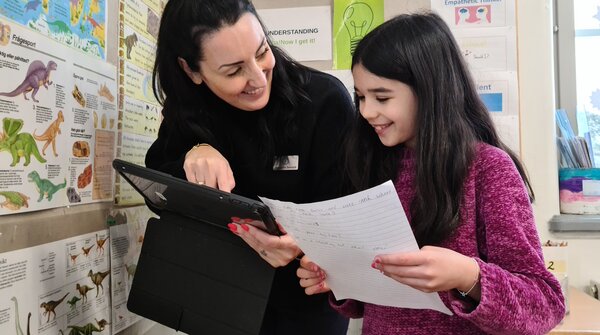 And while finding the right school is never easy, it can be an even bigger challenge for international families. The Local has teamed up with Futuraskolan International, a network of schools in Stockholm, to take a closer look at why creating joy in schooling is about much more than just smiling faces.

The evidence: how ‘exuberance’ supports learning

More than six in ten schoolchildren around the world feel “uninspired and unmotivated due to their school environment”. That was one of the findings of a 2018 Global Youth Survey by HundrED.Org, a US-based not-for-profit educational organisation.

But what does it mean for the schoolchildren’s future and what needs to change? According to Dr Judy Willis, an expert on the neuroscience of learning and former teacher, policymakers have often assumed that interactive groups, filled with laughter, are not doing “real academic work”. This is a serious mistake, warns Dr Willis, who is on the adjunct faculty of the University of California Graduate School of Education, Santa Barbara.

Brain studies have found that information flows freely through the ‘affective filter’ in the brain’s amygdala – which is key to emotions and memory – when students are engaged and motivated. The result? Children learn more in an atmosphere of “exuberant discovery”. But removing joy can make students bored, anxious and less able to process information.

“More and more research shows that the emotional component of learning is a key component,” says Tom Callahan, Futuraskolan’s American CEO. “Using research is imperative because it gives us a modern view of how students’ brains develop.”

This is why Futuraskolan uses three international curricula that incorporate current scientific evidence, designed to cover ages two to 14. Children in 13 Futuraskolan schools and preschools across Greater Stockholm learn from both the Swedish National Curriculum and these international programmes.

Callahan believes teaching is evolving to focus on coaching students, so that each can find their own path. Teaching needs to be “dynamic” rather than “dictatorial” and many older approaches are simply not fit for this purpose, he adds.

“The job of a great teacher is to connect the curriculum to the student, so that each student enjoys their learning, is engaged in their learning and is passionate about their learning,” says Callahan. He adds that teachers no longer need to act as the sole voice of wisdom in a classroom: “We’re looking more and more to be the ‘guide on the side’ rather than the ‘sage on the stage’.” 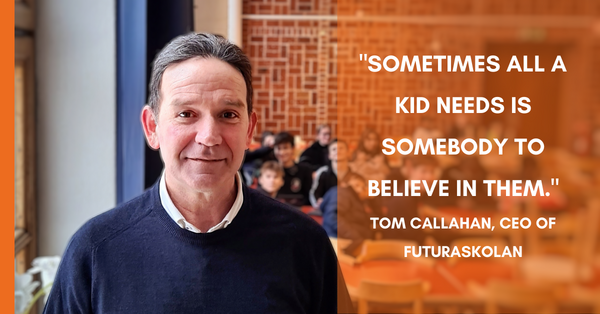 He believes the Scandinavian model that Futuraskolan builds on with its international approach is already notably forward-looking.

“The Scandinavian model takes a whole child approach,” he says. “It’s not an academic model. It’s a personal development model based on academics – and there’s a big difference. We’re not trying to create kids who can memorise every book. We’re trying to create kids who can open their own company, run it and do something they love with competence.”

It’s not only in Scandinavia that schools are thinking big. In Asia, The Happy Schools Project has been encouraging happiness, well-being and holistic development for schoolchildren since 2014. Initiated by UNESCO Bangkok, it emphasizes the need for positive relationships between teachers and students, as well as promoting fun, and preventing bullying.

As with Futuraskolan’s approach, UNESCO says the project was based in part on evidence that children achieve more when schools prioritise their well-being. At Futuraskolan, lessons involve both English and Swedish and the school’s vision is to be “the best stepping stone for future world citizens”.

’The best stepping stone for future world citizens’: find out more about the Futuraskolan International vision of education

So what do the teachers say about the importance of joy? “We don’t just open a book on page 37 to learn,” says Agnieszka Sawczuk, a grade 2 teacher at Futuraskolan International Rådan. “We study by doing – by making chocolate, for example. Why? Because making chocolate is chemistry. It’s all about instilling the spark of creativity in children.”

During the pandemic, this has also meant allowing children to create short films on topics they care about using the iMovie app. “Participation in learning is something we’re extremely proud of,” says Sawczuk, a Polish-born Swedish citizen.

Greek-born Maria Koutsoupaki teaches English to grades eight and nine at Futuraskolan International School of Stockholm, a school for temporary residents in Sweden that focuses purely on international curricula.

She is a coordinator of the International Middle Years Curriculum (IMYC), which draws on neuro-linguistic research to support the needs of the teenage brain. Key pillars that Koutsoupaki loves to implement in her classes include ‘making meaning’ and ‘working with peers’. 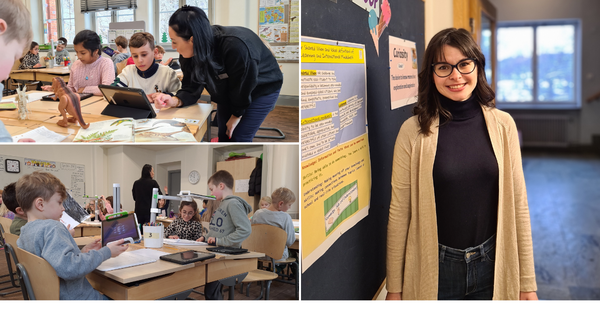 “We want students not just to look at the teacher, but to explore topics together,” she says. “Students will not pay as much attention if they don’t find pleasure in something and they cannot make meaning if they’re not engaged. Futuraskolan stands out for this when I have discussions with colleagues all over the world.”

The pandemic has meant widening the search for ways to inspire. Koutsoupaki has held poetry and creative classes outdoors and, during video classes, she arranges ‘breakout rooms’ for children to have small, group conversations as if they were in class.

Recent years have seen a growing focus on so-called ‘micro-aggressions’ and ‘micro-affirmations’ – small acts of hostility or of generosity and inclusivity. One American study found micro-affirmations can improve learning among minority students.

Futuraskolan has its own ‘80/20 rule’ about positive reinforcement, invented and implemented by Callahan himself. It asks teachers to ensure 80 percent of their communication is positive, while 20 percent can be used for constructive criticism.

“If you tell kids what they’re doing well, it’s very pedagogic,” says Callahan, who recommends parents also use the rule. “One, they will keep doing it and two, you’re not invalidating every move they make.”

He recalls an important lesson he learned when working with children from disadvantaged, inner city America during his teacher training. “I learned that sometimes all a kid needs is for somebody to believe in them,” he says.

Emotional support from your elders to pursue your passions? It’s enough to make any schoolchild smile with joy.

An international perspective: find out more about Futuraskolan International’s approach to teaching. For information about applications and admissions click here.