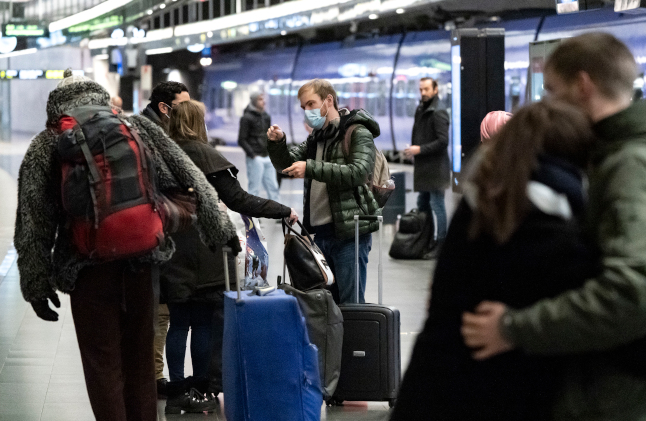 Transport companies would be ordered not to fill more than half of their seats on buses and trains on journeys longer than 150 kilometres, under the new proposal.

“New mutations are spreading and the spread of infection is at too high a level. There is a risk of a third wave and the situation can quickly deteriorate,” Health Minister Lena Hallengren told a joint press conference with Infrastructure Minister Tomas Eneroth on Tuesday afternoon.

The restrictions would come into force on February 14th and apply until May 31st, which means they would apply when the school winter sports break gets under way next week. However, exceptions would be made for people who have already booked tickets. Eneroth said it wasn't possible to make the rules apply retroactively.

“From February 14th onwards, the 50 percent rule applies,” he said.

Many transport operators already have restrictions in place on the number of passengers they allow, but the new rules would mean that they could face penalties if they allow more than 50 percent of their seats to be booked up.

The government's proposal will now be sent out for consultation, which means relevant agencies and authorities will give their feedback. It is being fast-tracked, and the government is expected to make a formal decision on Friday.

Later on Tuesday, state epidemiologist Anders Tegnell said that the downward trend Sweden has reported over recent weeks appears to have stagnated, with the number of newly reported cases remaining steady.

“It is a bit worrying that the downward trend has tailed off. We will have a difficult situation regarding Covid for large parts of this winter,” he said.

A total of 596,174 cases of the virus have been confirmed in Sweden so far, and 12,188 have died after testing positive.