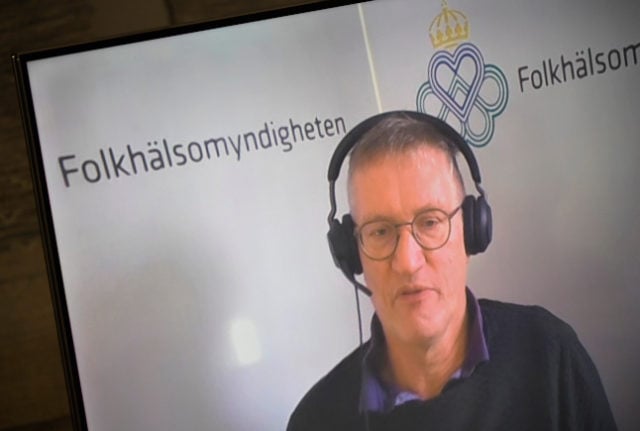 The Swedish government wants to give young refugees up to a year to find work in Sweden, based on the tough job market created by the coronavirus pandemic.

Unaccompanied minors are allowed to remain in Sweden until they complete their high school studies, and can then get a permanent residence permit if they manage to find work after six months – this is the time period that the government wants to extend.

The bill is currently making its way through the legislative process, and if approved, the proposal would come force on July 20th and apply until the end of June 2023.

A total of 152 taxi companies went out of business in 2020, as the number of bankruptcies increased 16.9 percent in the industry, according to Statistics Sweden.

Forty-two percent of the companies were located in Stockholm, followed by the other two big city regions, Västra Götaland and Skåne. Swedish news agency TT reports that the bulk of the companies that folded were small businesses with few or no employees. 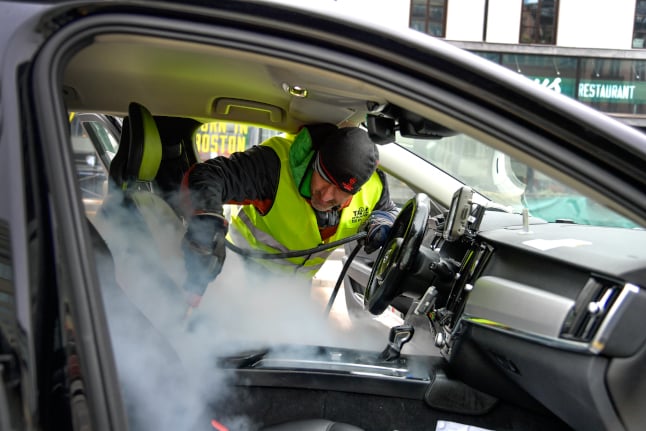 The Swedish County Administrative Boards, who are in charge of making sure that stores and other places follow the country's pandemic regulations, said in a new memo to the government that most store owners follow them, but the customers less so.

“Many business managers note that customers are not following the Public Health Agency's regulations and general advice on everyone's responsibility to prevent infection, for example by not keeping their distance from each other, not respecting signs on maximum numbers, or not moving around in large groups,” says Anna Carlsson, the national coordinator for pandemic inspections, in a statement.

The problems the inspectors have noted include for example crowded queues outside stores, people shopping together with the rest of their family or in groups rather than alone, and busy parcel collecting points in supermarkets. 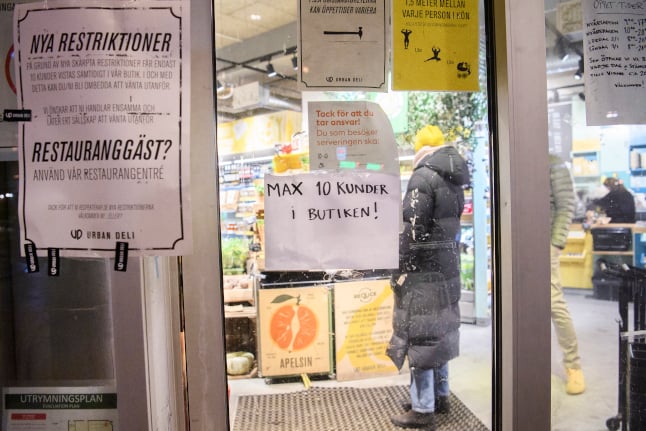 A sign states that a maximum of 10 customers are allowed in the store. Photo: Henrik Montgomery/TT

'Worrying trend': The latest numbers to know about the coronavirus in Sweden

Sweden has given a first dose of the coronavirus vaccine to almost four percent of all adults, but the Public Health Agency warned that the decline in cases appeared to have tailed off, with the number of newly reported cases remaining steady.

“It is a bit worrying that the downward trend has tailed off. We will have a difficult situation regarding Covid for large parts of this winter,” state epidemiologist Anders Tegnell told a press conference on Tuesday.

Over the past 14 days, Sweden reported 387 Covid-19 cases per 100,000 residents. There are variations around the country, and the figure was 465 in Västerbotten, where stricter local coronavirus measures have been brought in response to a sharp rise in cases and local outbreaks linked to schools and the Northvolt battery factory.

'Worrying trend': The latest numbers to know about the coronavirus in Sweden https://t.co/5a9x6kzkAZ

Sweden wants to limit the number of passengers on long-distance trains and buses, to curb the spread of coronavirus. Transport companies would be ordered not to fill more than half of their seats on buses and trains on journeys longer than 150 kilometres.

The restrictions would come into force on February 14th and apply until May 31st, which means they would apply when the school winter sports break gets under way next week. However, exceptions would be made for people who have already booked tickets.

The government's proposal will now be sent out for consultation, which means relevant agencies and authorities will give their feedback. It is being fast-tracked, and the government is expected to make a formal decision on Friday.