Electricity has been a hot topic in Sweden recently, particularly after the public broadcaster suggested people might want to avoid vacuuming.

Svenska kraftnät, the Swedish authority responsible for electricity, last week warned that the electricity grid would be strained due to cold weather.

This prompted public broadcaster SVT to encourage readers to avoid vacuuming, both to keep their own electricity costs down and for the climate's sake.

Demand for electricity increases during cold weather spells as more people turn the heating up, boil their kettles and so on. This not only means that electricity prices climb, but it also means Sweden often can't provide all the electricity needed from domestic sources and so imports it from other countries.

It's not only consumers who can be savvy about their electricity use; paper manufacturers Holmen turned off machinery last week because the high costs of electricity meant it wasn't worthwhile.

The humble vacuum cleaner quickly became a symbol for a long-running political debate over nuclear power.

Christian Democrat leader Ebba Busch posted a picture of her standing with her vacuum cleaner in the snow on Facebook, arguing that calls for “vacuum rationing” showed Sweden has “big problems with electricity provision”, while the Moderate party shared graphics calling for “a society where you can vacuum whenever you want”.

Does Sweden have an electricity shortage?

Each year, Sweden exports more electricity than it imports, but the demand and supply varies with the seasons. That's partly because Sweden increasingly relies on energy sources such as wind, solar and hydro power which fluctuate, and partly because demand for electricity increases in colder months.

Sweden's goal is that all electricity should be 100 percent renewable by 2040. There have been long-standing ambitions to reduce dependence on both nuclear power and oil and instead use wind, water and solar energy.

On days when Sweden can't provide the electricity needed, it turns on an oil power plant in Karlshamn, or may import electricity. The company that runs the Karlshamn power plant has an agreement that it stands ready to operate during winter, and it was turned on last Monday for example.

When Sweden needs to import electricity, it most often turns to Norway for hydro-powered electricity, but also imports from countries like Germany, Poland and Lithuania which use coal to produce electricity. 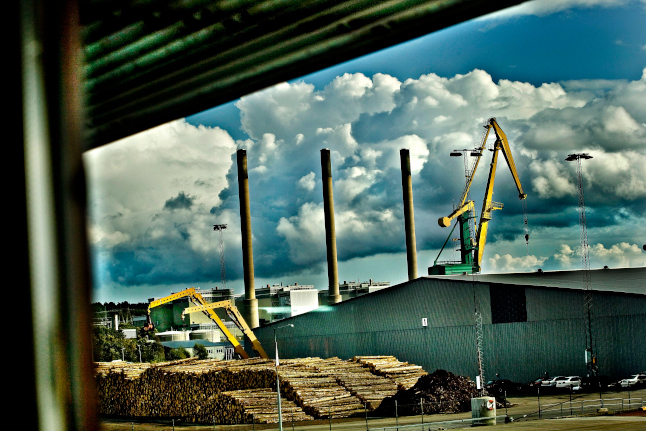 What is the impact on electricity prices?

Fluctuation between regions is normal, because electricity prices are driven by supply and demand. Northern Sweden has fewer people so less demand, and a lot of electricity is generated there so there is sometimes a surplus – sometimes, even at the same time as there is a shortage in the southern regions.

February's cold weather has also pushed up prices, especially combined with low wind levels meaning little electricity produced from Swedish wind turbines. This meant that the current average monthly kilowatt-hour cost is the highest since 2011 – but this is expected to return to normal levels for the season this week with a slight rise in temperatures.

What does that mean for my bill?

For the average consumer, this won't have a significant impact on your monthly bill. The cost of the electricity itself is actually a relatively small part of what consumers pay, with taxes, fixed prices and electricity grid fees all also factored in.

The extent to which you are impacted by price fluctuations also depends on what kind of contract you have – variable or fixed rate. But the more you use, the more you'll be affected by the kilowatt-hour price, particularly people who own houses rather than apartments, which generally have much higher electricity costs.