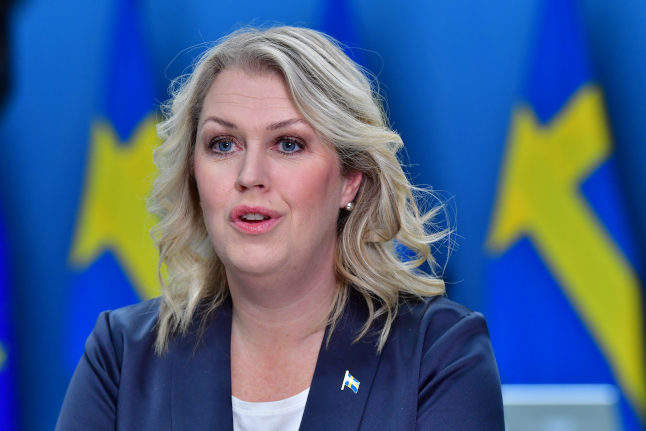 Sweden's Health Minister Lena Hallengren and Culture Minister Amanda Lind are set to hold a press conference at 8.15am today on “proposals linked to the pandemic law”. That's all we know for now, but we will cover any news stories that emerge on The Local. You can also watch the press conference in Swedish here:

The Swedish Royal Family have said they will remain at home during the schools' annual winter sports break, which is already under way in some parts of Sweden but starts in Stockholm, where they live, on March 1st. Last year's break has been linked to the early spread of coronavirus in Sweden, which took off shortly thereafter.

The Swedish royals often spend their winter sports break in Storlien in the Swedish mountains, which Aftonbladet reports was the original plan this year, or the Alps. But this year they will stay at home, the Royal Court confirmed.

“It's to do with several things, both to by action show the importance of keeping a distance and, if something does happen, not be a burden on the healthcare sector up there, which is already under pressure and has a lot to do, now that vaccinations have also begun,” Royal Court press spokesperson Margareta Thorgren told Aftonbladet.

Sweden's state-owned mortgage bank SBAB predicts that property prices will increase by between five and six percent this year, according to its new report. But the forecast is highly uncertain and depends on factors related to what happens after the pandemic.

“The sharply growing interest in housing during the pandemic may lead to an even higher price increase than in our forecast, but it could lead to a lower one if consumption patterns return to normal when the pandemic subsides. A faster rise in interest rates due to rising inflation is another risk factor worth considering,” said SBAB's chief economist Robert Boije in a statement on Wednesday.

What will happen to Sweden's property market in 2021? https://t.co/7gFOvBFmnf

Sweden's Public Health Agency has reiterated that the risk of a third wave of Covid-19 in the country is “high”, and cited low compliance with measures such as mask-wearing on transport and working from home as possible reasons for a rise in cases.

The Public Health Agency's Karin Tegmark Wisell explained at the Swedish health authorities' biweekly press conference on the pandemic that over the past few weeks the number of newly reported cases had remained at a relatively stable level; in other words the number of cases was continuing to increase but not at an exponential rate.

But there were signs that this trend had been broken. Nationwide, 400 new cases were reported per 100,000 residents over the past 14 days, an increase from the previous week. The Local covered the press conference here, and in our paywall-free blog.