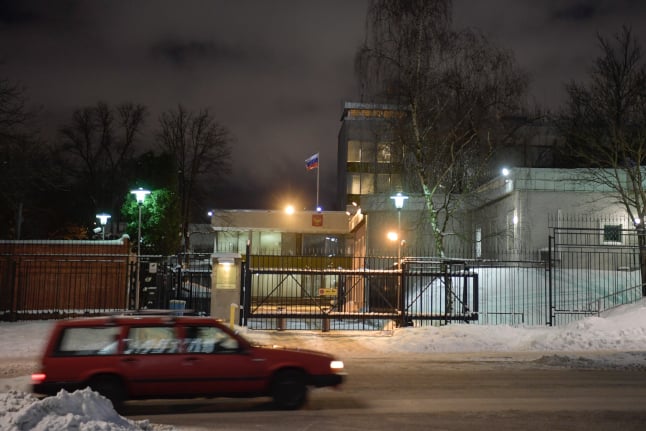 The 47-year-old man, whose name was not disclosed, was arrested in dramatic fashion in February 2019 while dining at a restaurant in central Stockholm with a Russian diplomat suspected of being an intelligence officer.

The Russian diplomat was briefly detained but released on account of his diplomatic immunity.

In a statement on Monday, prosecutor Mats Ljungqvist said that at the time of his arrest, the Swedish consultant had just received 27,800 kronor ($3,355, 2,770 euros) for passing information to Moscow.

“As a consultant at his former workplaces, I allege that he has obtained material with the purpose of providing information to a foreign power, in this case Russia,” he said.

“He has been well-paid for this information, and this shows the value the Russians place on the information provided,” he added.

Ljungkvist told AFP the companies concerned were carmaker Volvo and truckmaker Scania, and the information regarded “manufacturing, such as source codes and construction of products in the automotive sector.”

According to the indictment, the man illegally transferred material from his work computer to his private computer and thereafter to USB memory sticks.

In order to hide his activities from being logged by the IT system, he also photographed material from the screen of his work computer.

“In the prosecutor's view, this case concerns a crime that places Sweden's security at risk,” the statement said, adding that “Sweden is the injured party in this case and not the companies”.

The statement did not elaborate on why national security was at risk. However, both Scania and Volvo also have military contracts.

Ljungqvist said that disseminating company secrets which a person has access to in their position is not a crime in itself, but can amount to espionage.

The suspect risks a maximum of six years in prison if convicted.

In its latest annual report published in 2020, Sweden's intelligence agency said Russia, along with China, posed the biggest intelligence threat to the Scandinavian country.