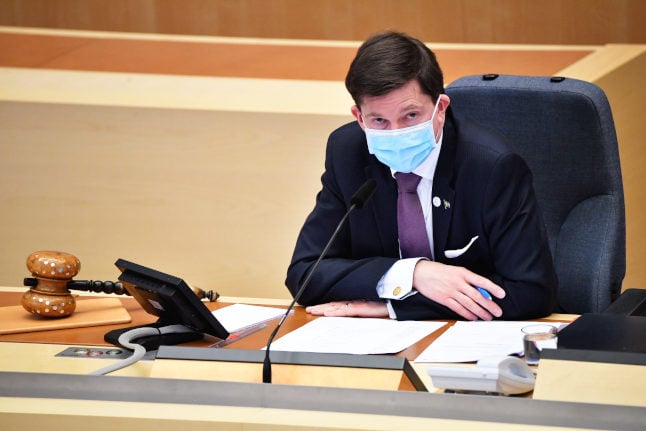 Tech worker: I was racially profiled and strip searched at the Swedish border

In a new article published this morning, an Egyptian computer programmer tells The Local he was exposed to “humiliating” racial profiling by Swedish customs officials, after he was strip searched on arrival at Stockholm Skavsta Airport on Monday.

The Swedish customs agency denies the accusation, saying he was not the only person singled out. Read the full article and interviews HERE.

Sweden's health watchdog, the Health and Social Care Inspectorate, has criticised Queen Silvia's Hospital for Children in Gothenburg, after the death of a child.

The child was supposed to have been operated for a heart problem in autum 2019. But other surgeries were prioritised and their surgery kept being postponed. When it was postponed for the seventh time, the child was at home with their parents, and then suffered heart failure and died, writes the Göteborgs-Posten (GP) newspaper.

The hospital was also criticised for not keeping thorough records. According to the hospital's internal investigation, there were daily check-ups of the child, but these were only documented if something out of the ordinary was detected, writes GP.

Sweden to order ALL restaurants and cafés to close at 8.30pm

From Monday, all restaurants and cafés in Sweden will have to close at 8.30pm under rules that will shortly be put forward by the Public Health Agency.

The rules will apply regardless of whether or not the venues serve alcohol. Restaurants would however still be able to deliver takeaway after 8.30pm.

The Public Health Agency is also preparing rules that would further cut the maximum number of people allowed in stores and supermarkets. It is also urging everyone to do their shopping alone, not with family or friends.

Swedish vocabulary: takeaway – avhämtning (or, because the Swedish language is full of English loanwords, takeaway)

You can read our article on his update below.https://t.co/JdNVNDbgMD

The Local asked Löfven on Wednesday if the new and binding restrictions were a sign that people in Sweden were not showing as much common sense as he had hoped.

“First, we will learn as we go. Now, we've had this pandemic for a year, so we know more what to do, and second, as I said, this is marathon. Therefore we also need to keep up and update the measures that we have decided upon – we cannot stick to one kind, let's say a year of lockdown,” said Löfven.

He said other countries had seen that people would not put up with lockdown for too long a period of time. “And we did decrease the number of cases during last spring. We also decreased [cases] from late autumn to now, and now we see an increase again. We need to take new measures. We've always said we are prepared to take new decisions if required. And that's what we're doing,” he said. Read our full article HERE.

Listen to The Local's questions (in English) at 31.50 minutes into the video:

What you need to know about Sweden's new foreign policy declaration

Every year, Sweden's foreign minister makes a 'foreign policy declaration' to parliament, spelling out the foreign ministry's view of the current global situation and laying out Sweden's priorities.