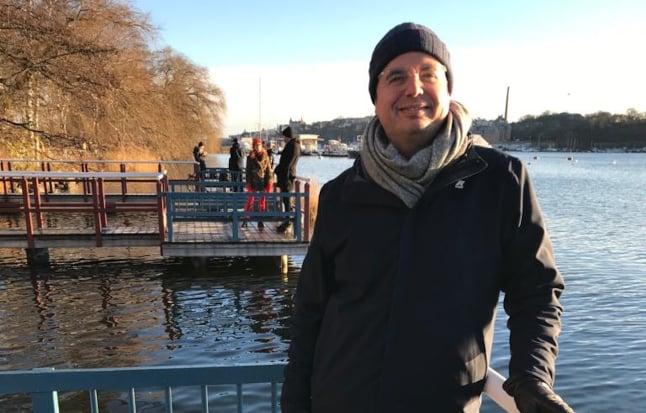 We would love it in Sweden, was the consensus among our friends who – unlike us – had actually been to the country. The people, so stylish! The city, the nature, the furniture! What is there not to love? Except, perhaps, the winters.

And so it happened that everyone we told we were moving in October, noted that the timing was unfortunate. This did not stop with the friends we left behind, who jokingly gave us a pack of vitamin D as a parting gift. Everyone we met in Sweden said the same: good luck with that.

How bad could it be, we wondered?

After the first six weeks of non-stop rain, finally, on Christmas Day, winter arrived in all its splendour.

What we were mainly not prepared for is how prepared the Swedes are for the darkness, the weather and the winter in general. Every un-curtained window in the city filled up with lights in the weeks running up to Christmas. Too late we realised we were the last on our street without festive lights to share. In a panic we scraped the barrel at online shop Webhallen and snatched the last light ornament depicting the three kings arriving in Bethlehem. We hoped no one would notice it was a little early for that.

In the freezing weeks that followed, the Swedes seemed to thrive. In most countries, at the first hint of snow, emergency plans kick in, trains stop moving, red alerts are raised and hoarding stories fill the news.

While we did not really have the right clothes for the freezing temperatures, everyone around us from one day to the next, seemed to have pulled out full ski gear to run errands. That is, those who were not just ignoring the cold and were still running in shorts and a T-shirt; the same people, I assume, who went for a swim in the lake in November.

Daily life did not seem much impacted. People happily dug out their cars with shovels kept in the back for that purpose and went on their way on the slippery roads. Also, the fact that the snow requires people to climb up on the roof to cause local avalanches on the sidewalk was taken in stride. The drainpipes outside our building turned into icicle bombs ready to explode at any moment, giving an exciting edge to leaving the house.

As the cold snap continued, we saw families walk their dog on the ice of the lake, people cross country skiing in the streets and children hurling themselves off hills, zooming past tombstones with abandon. All without any visible concern for the fact that – even by Swedish standards – this must have been a pretty cold winter.

And then, as suddenly as it had started, it was over. The snow melted, the ski outfits disappeared, and expensive sunglasses replaced the woollen hats. Within three days of above freezing temperatures, charcoal for barbecues was on offer in the local supermarket. Just like that, we made it through our first winter.

Alexander de Nerée moved to Stockholm with his husband in October 2020. Moving to a country they had never been to, in the middle of a global pandemic, was definitely a first for the couple. One of many more to come. Alexander writes for The Local about his ‘firsts’ in Sweden.