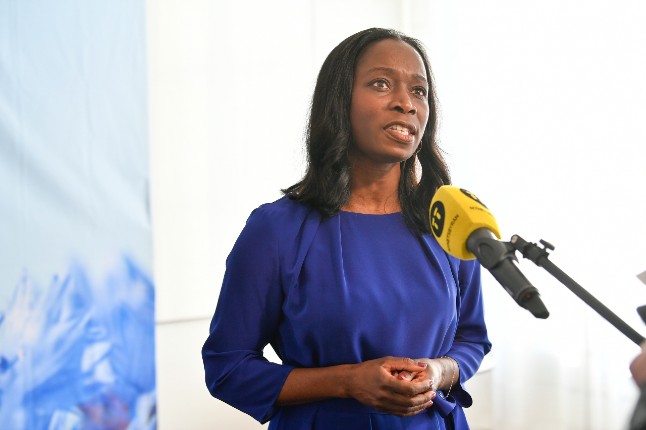 What happened on Friday?

The Liberal Party’s 27-member leadership board narrowly voted in favour of leaving the so-called January Agreement after parliament has voted through the budget for 2022, and to then campaign for a new Moderate-led government ahead of the general election in September 2022. Of the members, 13 voted to rejoin the centre-right bloc, eight voted against, and two abstained.

How significant is this as a move?

“I think it could mean a lot. And it could mean not very much,” Nicholas Aylott, associate professor at Stockholm’s Södertörn University, told The Local.

“It could mean that a government of the right over which the Sweden Democrats has influence is made that much more realistic a possibility after the next election. But it might mean very little if the Liberals don’t now recover some of their support and end up outside parliament anyway.”

What is the support agreement the Liberal Party have decided to leave?

In January 2019, the Centre and Liberal parties struck the January Agreement with the Social Democrats and the Green Party, ending four months of post-election deadlock and thereby granting the Social Democrats’ Stefan Löfven another term as prime minister.

In exchange for not voting against Löfven, the two centre-right parties extracted painful compromises from the Social Democrats, forcing them to push through tax cuts for the richest and reforms to the country’s first-in, first-out labour laws.

The two centre-right parties had campaigned in the 2018 election as part of a four-party Alliance with the Moderate and Christian Democratic parties.

The parties defended their decision to break the centre-right bloc by arguing that the alternative, supporting Moderate party leader Ulf Kristersson as prime minister, would have led to a government dependent on the support of the populist Sweden Democrats.

How will the decision impact the government?

In the short-term, not much. In January, Liberal leader Nyamko Sabuni was threatening to leave the January Agreement immediately if the government did not pull back additional proposals to a planned new migration law agreed with the pro-immigration Green Party. This would have made the government unable to pass the budget for next year, leading to a government crisis and early elections.

The Liberals have not yet given any details on how Friday’s decision relates to its earlier threat, but it now looks unlikely that it will go through with it, if the new migration law still includes the clauses it opposes when published in April.

Instead, by waiting until after the budget has been passed towards the end of the year, the Liberals are effectively allowing Löfven to complete his second term, and avoiding a snap election (which could well have meant the end for them as a party).

In the longer term, what is more significant is the signal the Liberals have sent, that unlike in 2018, they are now willing to support and even partake in a right-wing government that is dependent on the support of the Sweden Democrats.

In interviews after the decision, Sabuni argued the Sweden Democrats were equivalent to the Left Party, which has long supported Social Democrat governments.

“My analysis is that no government can be formed without having to at least have a relationship with one of the outer fringe parties,” she told the Dagens Nyheter newspaper after the decision. “We will from now on negotiate with all parties in parliament and look for a majority where we can find it.”

If her party wins more than four percent of the vote next September, this may be enough to make Moderate leader Ulf Kristersson prime minister.

How will the decision impact the Liberal Party itself?

The Liberal Party has been polling consistently under the four percent threshold to enter parliament since the January Agreement was reached in 2018, and its popularity has declined to under three percent in many polls since Sabuni took over the leadership in June 2019.

By backing a new right-wing government, it may be able to win some of its lost voters, and gain some new tactical ones.

According to Aylott, the Liberal Party has struggled to position itself on migration.

“This is really the party’s fundamental dilemma, the cause of agony over the last three years,” he said. “Migration is something that splits the whole Swedish political spectrum fundamentally, and closely related to that, although not quite the same, is the view of the Sweden Democrats, and that fault line goes right down the middle of the Liberal Party.”

Jan Björklund, Sabuni’s predecessor, parked the party firmly on the left side of this divide, while Sabuni has chosen to go right.

Aylott said that the Liberals might now hope to benefit from tactical voting from Moderate and Christian Democrat supporters, with some backing Sabuni’s party just to keep it over the four percent threshold.

“They’re probably looking looking to attract more centrist Moderate voters who have decided that the priority is to get rid of the left-wing government, but also, probably, to attract strategically voting electors to try to get them to strike above four percent,” he said.

How will the decision impact the right-wing parties in Sweden?

The decision furthers the normalisation of the anti-immigration Sweden Democrats, which was long cut out of political negotiations in Sweden due to its roots among neo-Nazi groups. The party’s leader Jimmie Åkesson has long tried to make his party more acceptable to mainstream voters, claiming a zero-tolerance approach to overtly racist positions.

Bringing a third party on board may make it slightly easier for the Moderates and Christian Democrats to cooperate more closely with Åkesson after the election.

Even if the decision succeeds in pushing the Liberals above the four percent threshold, that does not mean the right-wing bloc will gain four percentage points, as many, even most, of the new voters won by the Liberals are likely to come from other parties within the bloc.

As leader of the Centre Party, Annie Lööf has already driven away supporters who strongly oppose immigration to Sweden, meaning few of her supporters are likely to switch to the Liberals after Friday’s decision.

“The Centre Party has gone after female, urban, liberal, progressive voters – that niche of educated people who live in big cities, who don’t consider themselves as being necessarily of the Left, but feel very strongly about things like racism and inequality,” Aylott argued. “And I think that probably means that the Centre Party won’t suffer too much because of the Liberals’ decision.”