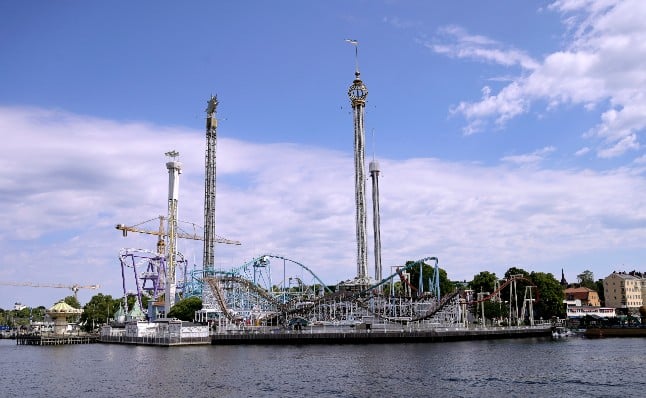 “Provided that the national epidemiological situation allows for it, the new decisions applicable to permanent amusement parks and markets may enter into force on 11 April 2021,” the agency said in its response to a Swedish government proposal to amend recommendations.

“The Swedish Public Health Agency intends to monitor the epidemiological situation on an ongoing basis in the coming weeks in order to assess whether an entry into force on 11 April is possible.”

Currently, amusement parks in Sweden are covered by the eight-person limit for public gatherings, meaning they are effectively closed by law. There is no national rule or recommendation forbidding museums, art galleries, or zoos to open, although most municipalities have closed their museums and galleries to reduce the spread of infection.

Under the new rules, these institutions would need to follow those already applied to shops and gyms and calculate the maximum number of visitors they can accept if each is to have ten square metres for themselves in museums and galleries, and 20 square metres in zoos and amusement parks.

As in department stores, gyms and swimming pools, museums and galleries will not be allowed to have more than 500 visitors at a time, no matter how much space they have. Zoos and amusement parks can have as many as they can fit while maintaining the correct amount of space per visitor.

These are rules enforced by county administrative boards which are empowered under the pandemic law to impose fines on institutions that do not monitor and limit visitor numbers as required.

Sweden’s government also wants to re-classify permanent fairgrounds such as Gröna Lund in Stockholm and Liseberg in Gothenburg, so that they are no longer covered by the eight-person limit for public gatherings, something the Public Health Agency wants to wait until April 8th.

The government also plans to change the rules for flea and other markets, so that they can have more visitors.

Amusement parks and fairgrounds will also need to bring in special rules to avoid crowding, with for example systems put in place so that groups visiting fairgrounds are able to enter and leave rollercoasters and other rides together, that groups should be able to keep at least one metre’s distance on all sides from other groups, and not be placed facing one another, particularly if the distance between them is less than two metres.

In museums and art galleries, guided groups should not comprise more than eight people, and measures should be taken to space out arrival times by for example insisting that people buy tickets for a specific time online in advance.