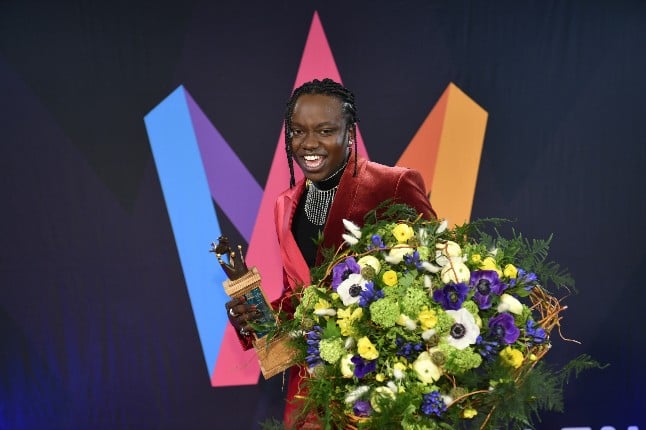 “Tusse”, now 19, fled war in the Democratic Republic of the Congo and spent time in a refugee camp before coming to Sweden as an eight-year-old.

He was the fan favourite to win Melodifestivalen – the song contest where Sweden chooses its Eurovision entry. Voices shot straight to the top of Spotify’s Sweden streaming chart as soon as the songs which had made the final were released.

“I think it’s basically down to the song,” Tusse said at a press conference after his victory. “It’s down to four people who sat down to work and created something greater than themselves. It’s totally crazy.”

In an interview with the program leader Måns Zelmerlöw after winning Melodifestivalen, Tusse brought the atmosphere quickly back to earth, confessing that his celebrations might have to be limited, as he had to hand in a major science assignment the next Monday.

“Oh no, I’m way behind,” he groaned about the assignment in an interview ahead of the final. “I don’t want to let my teacher down”.

Tusse has spoken about his challenges settling in Sweden after fleeing the Republic of the Congo as a five-year-old, while his parents stayed behind.

“I’ve had a very rocky time because I came to Sweden without my parents, and it’s been a challenge moving from family to family for different reasons,” he told Expressen in February. “It’s been tough, but now I think I’m on the right track, and it feels much better.”

Although his mother died in 2016, he said he had been planning on travelling to Congo last year to visit his father and other family, but had been stopped by the coronavirus pandemic.