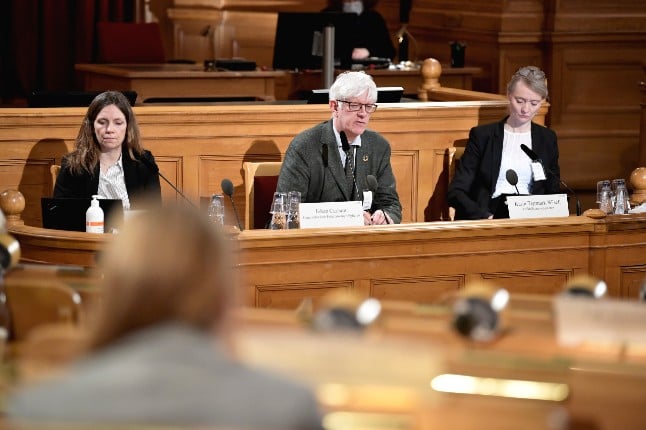 What is the Committee on the Constitution?

The Committee on the Constitution (Konstitutionsutskottet, or KU) is the most powerful committee in the Swedish parliament. As as well as its narrower purpose of safeguarding the Swedish constitution, it is also tasked with examining the Prime Minister’s performance and the government’s handling of important matters.

The Committee is led by a member of the leading opposition party, with the head currently being Moderate party MP Karin Enström, Minister of Defence from 2012 to 2014.

The committee has the power to call anyone in Sweden for questioning from the prime minister down.

What is the remit of its investigation into Sweden’s handling of the pandemic?

The investigation was launched after Tobias Billström, the parliamentary leader of the Moderate Party at the end of January submitted a formal request which called for the committee to investigate “the government’s actions during the pandemic, with a special focus on the Swedish strategy and the government’s crisis management”.

In his request he asked for five broad questions to be covered:

What impact could the investigation have?

This is one of two investigations being carried out into the Swedish coronavirus strategy.

This meant that when the committee gave its first report in December, the bigger questions over Sweden’s decision to avoid the lockdowns seen elsewhere were only mentioned in passing. The commission’s second report, due on October 31st, will look into the choice of strategy as one of twelve different subjects.

With the current inquiry by the KU, the opposition Moderate party has much more control over the questions that can be asked, increasing the possibility that blame will land at the government’s door.

On the other hand, the way parliamentary committees function, with their heavy reliance on calling in key figures for questioning, may make it hard to dig down into sufficient detail to do the government serious damage.

What has the committee’s chair said about the investigation?

Enström has said the committee wants to take “an overall approach to the strategy” and said that it would not necessarily end up agreeing with the insinuations made in Billström’s request.

“It’s important to get answers on who has been taking the decisions and how it’s happened,” she said. “That’s why it’s important to have this investigation. We are pushing onwards and we have no pre-prepared answers in the Committee on the Constitution.”

What’s come out of the meetings so far?

Wallberg said that if Sweden had tested extensively in April, as Finland and Denmark did, it might have been possible to identify more infections among care home staff and thereby reduced the number of deaths in elderly care homes.

Carlson denied that Sweden had changed its strategy and said that his agency had been forced to limit testing to health workers and those hospitalised due to shortages.

Eliasson said that his agency had warned of equipment shortages already at the start of February, but that its warning had not been heeded, and had pushed for earlier and more extensive action throughout the pandemic.

Health Minister Lena Hallengren and Home Affairs Minister Mikael Damberg faced questions about whether or not a formal government decision was ever made about Sweden’s overarching pandemic strategy (the answer was no), and the government’s responsibility for the shortage of protective equipment.

Prime Minister Stefan Löfven was to be questioned on April 26th, with the result of the report expected in June. You will be able to watch his hearing online (in Swedish) HERE. It is scheduled to start at 1pm. 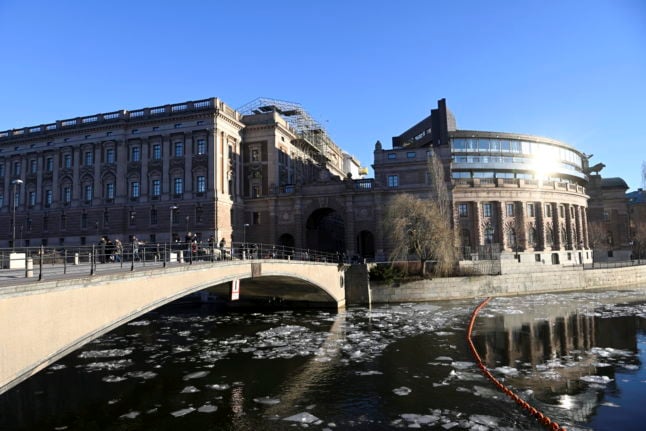