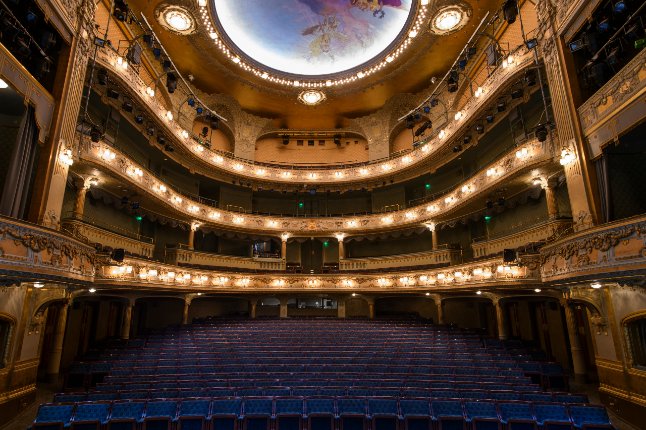 The seats at Stockholm's Royal Dramatic Theatre may have to remain empty for another month. Photo: Henrik Montgomery/TT

In a new written request to the government, the Public Health Agency of Sweden warns that relaxing restrictions is no longer advisable after the number of new Covid-19 cases increased by 16 percent between the week ending March 14th and the week ending March 24th, rising further still last week.

“Making any changes in this situation would send a signal that the risk had reduced,” Anders Tegnell, Sweden’s state epidemiologist, told the TT newswire. “This type of signal can make people reduce their adherence [to recommendations] even more, and when adherence reduces that can have extremely large effects on the spread of infection.”

Sweden’s government has been planning on April 11th to raise the maximum number allowed for seated public events to 50 indoors and 100 outdoors and to change the regulation of amusement parks such as Stockholm’s Gröna Lund and Gothenburg’s Liseberg to allow them to reopen.

The new rules on how amusement parks should limit the number of visitors once they re-open, how to and manage visitors to reduce the risk of infection, came into force last week.

In its request, the agency suggests that the planned relaxations can instead take place on May 3rd — but only if the number of cases has begun to decline by then.

“There’s a hope, if everyone pulls together, that we can see a peak in the middle of April, and then May 3rd would be a reasonable date,” Tegnell said. “But if that doesn’t happen, then we will need to think again.”

The agency had already described the April 11th date as provisional and dependent on the level of infection in society when it first suggested it in a submission to the government made in February.

The Gröna Lund amusement park on Monday said it planned to open for the first time in a year on May 1st, allowing pre-booked visits only in line with the current plans.

If the government decides to delay the planned relaxation on the agency’s request, this reopening will now have to be delayed by a few days.